Behind the scenes of Horsefeathers (IN)VISIBLE ad

In our new spring collection we fool around with the idea of being (in)visible. That is why we’ve decided to brighten the dark streets of night Brno’s city centre. The ride of our skate team members Max Habanec, Michal Gálik and Michal “Leslie” Veselý, all wearing jackets from HF Reflective line, hasn’t remained unnoticed. When encountering this gang, it seemed more like a visit from the ghosts, rather than the spring joyride. Reflective jackets reflect so much light, that the faces of our riders completely disappeared in the darkness and hence became invisible. Of course we made a video of that show, so that you can now watch it in our . Now we would like to bring out the “behind the scenes” shots and other parts of the ride that didn’t make it to the main ad. Just push the play button!

Horsefeathers (IN)VISIBLE ad has been made by guided by a former pro skater Honza Minol. How does actually work a cooperation of skaters when one of them is standing behind the camera and the others in front of it? Keep on reading and you´ll know. 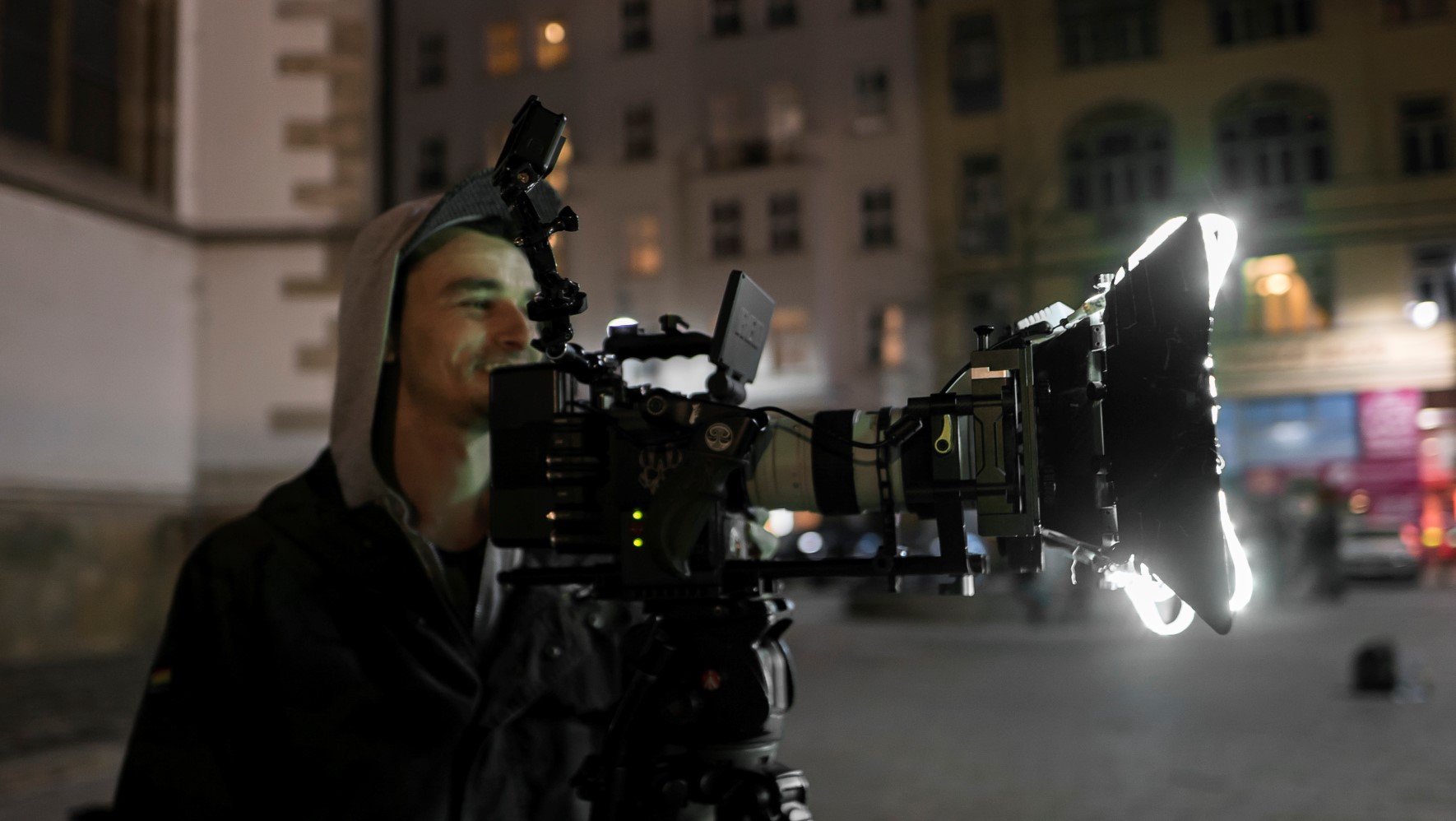 Hey Honza. We have a few things in common. Not only has your Samadhi Production made our new (IN)VISIBLE ad, we also share the same passion – skateboarding. Do you still ride?

Hi, sure I do. Sometimes more often, sometimes less often depending on my free time. It happens I go riding several times a week, but sometimes I ride just once a month. Skateboarding is closely connected to the filming, as well as to the whole video production. Is this the reason how a pro skateboard turned into a pro cameraman?

When I was riding, I always carried my camera with me and I took shots of everything around. So let’s call it a natural process of a hobby becoming my job. 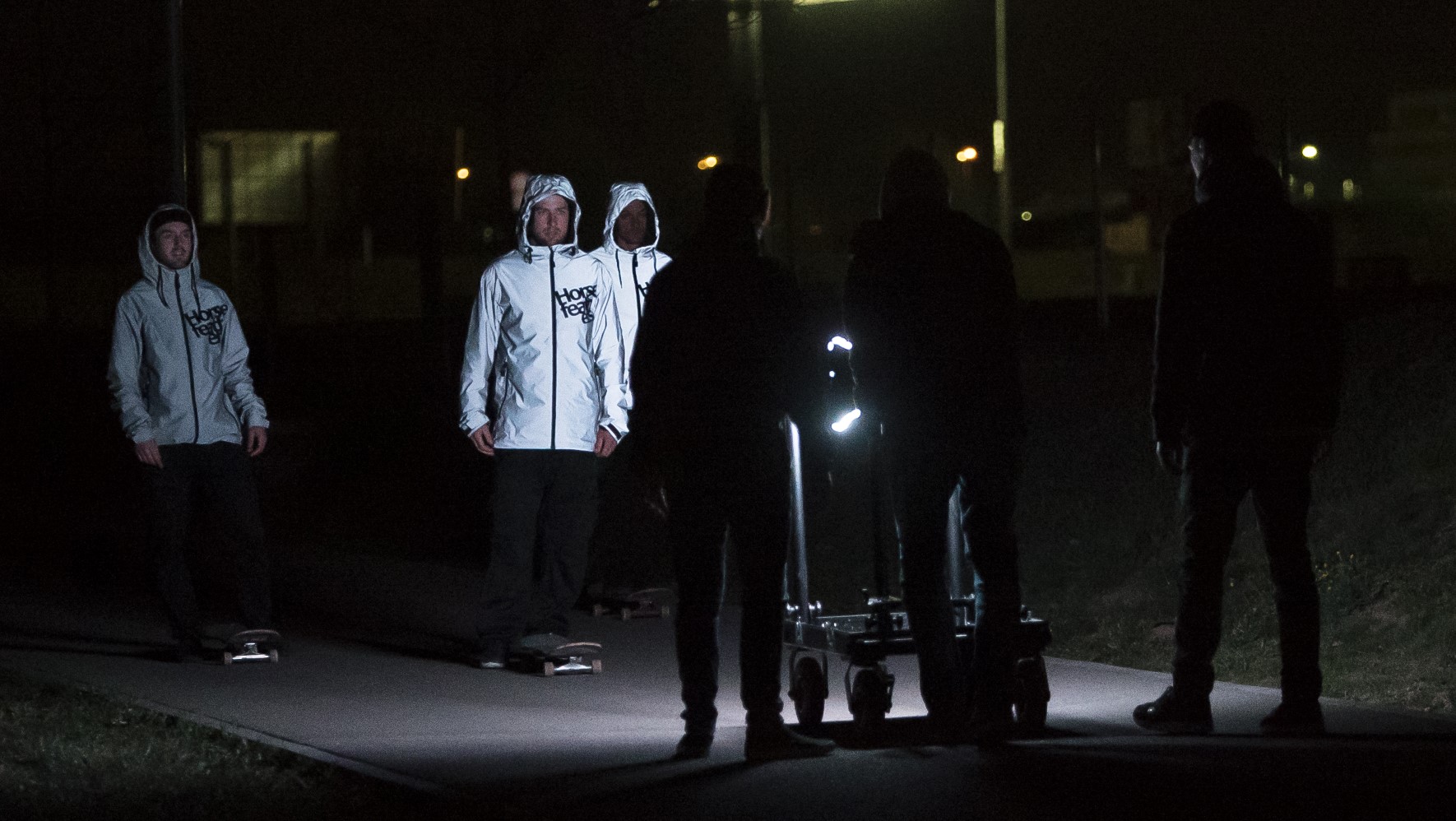 This is how the shining effect emerges / Photo: @domino_hungr 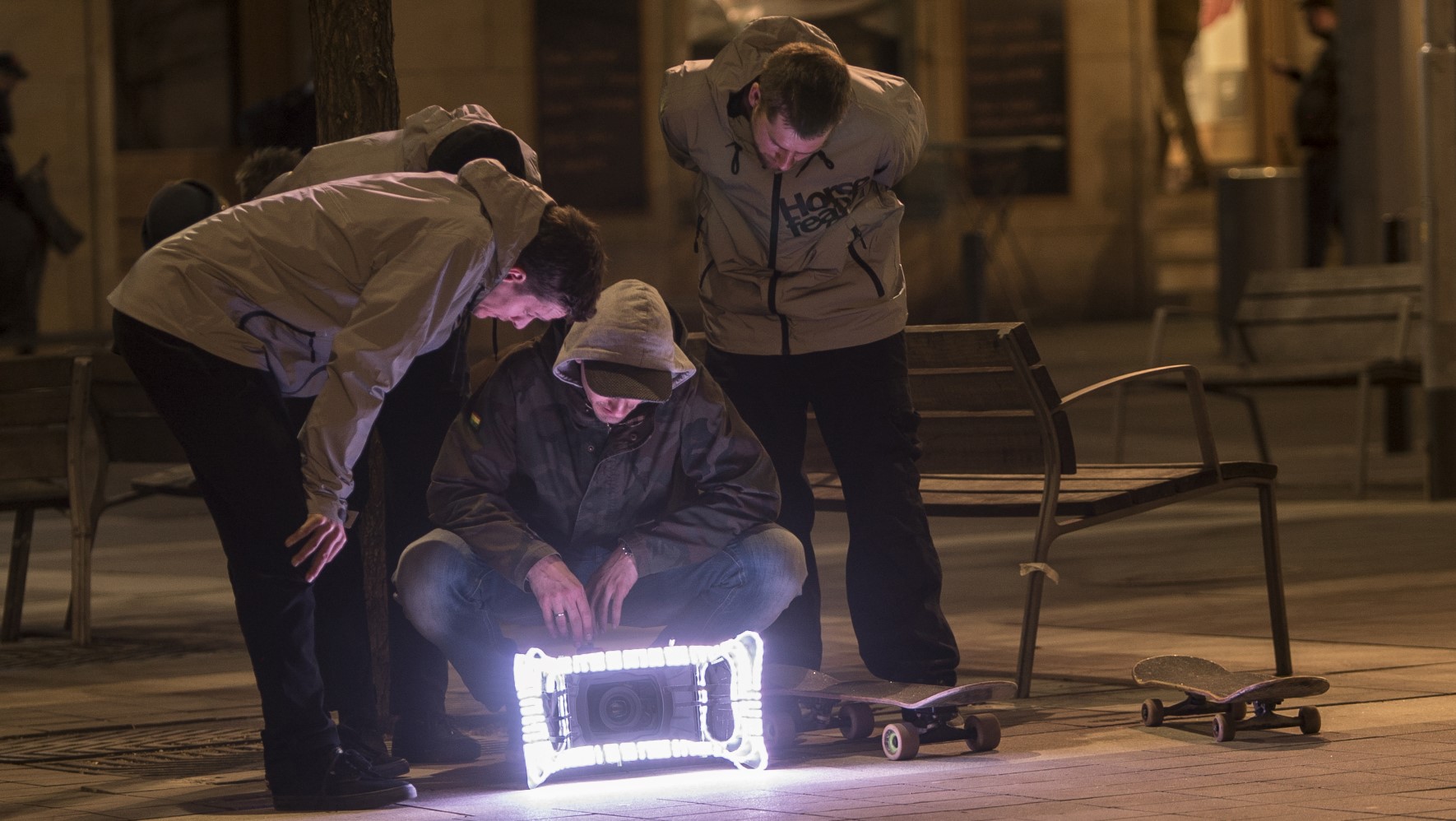 What is the production of an ad such as Horsefeathers (IN)VISIBLE about? How long does it take to make up such a video?

I truly enjoyed this project because it has been a while since I filmed a skate video for the last time. There was a limited time to make this edit so the planning was crucial. Next steps are to prepare script, locations, technic and to bring together the whole team. The shooting itself took one long night. The postproduction ran one week. So the whole ad filled around one and a half week of time. What technic have you used when filming the ad? When we google your name, you seem to be the Czech camera drone pioneer :)

We shooted the film with RED camera. The ad is all about jacket reflecting light so we tried to experiment with the light as much as possible. I created a shining matte box on which I installed RGB light intended to be controlled even when skateboarding. Thanks to this special light, the jackets could have blinked, changed colors or just to shone. Regarding drones, I am lucky to have my studio right next to Jamcopters who began with drones as one of the first in the Czech Republic. That’s the main reason why I had the chance to use this technology right from its start. 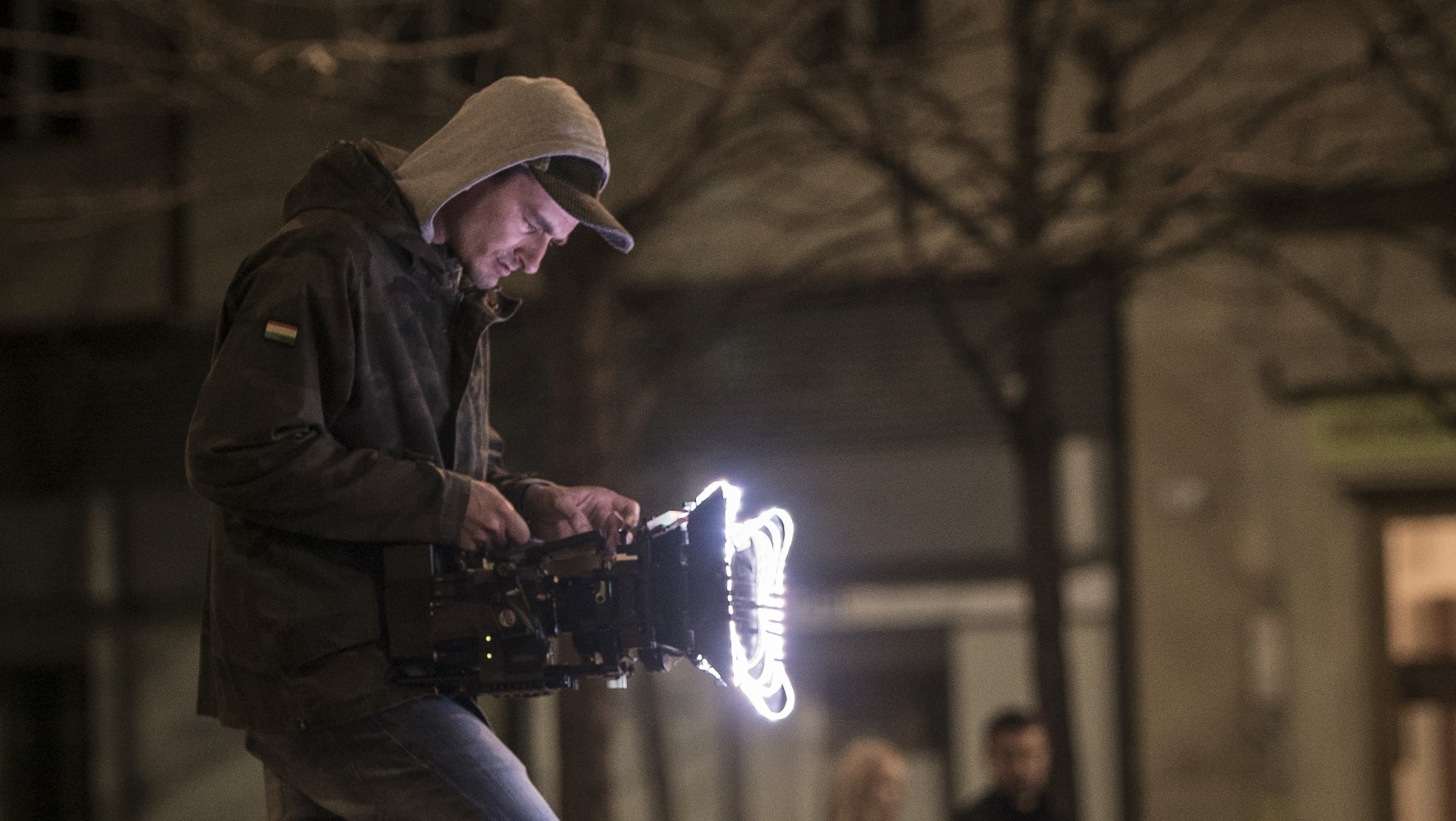 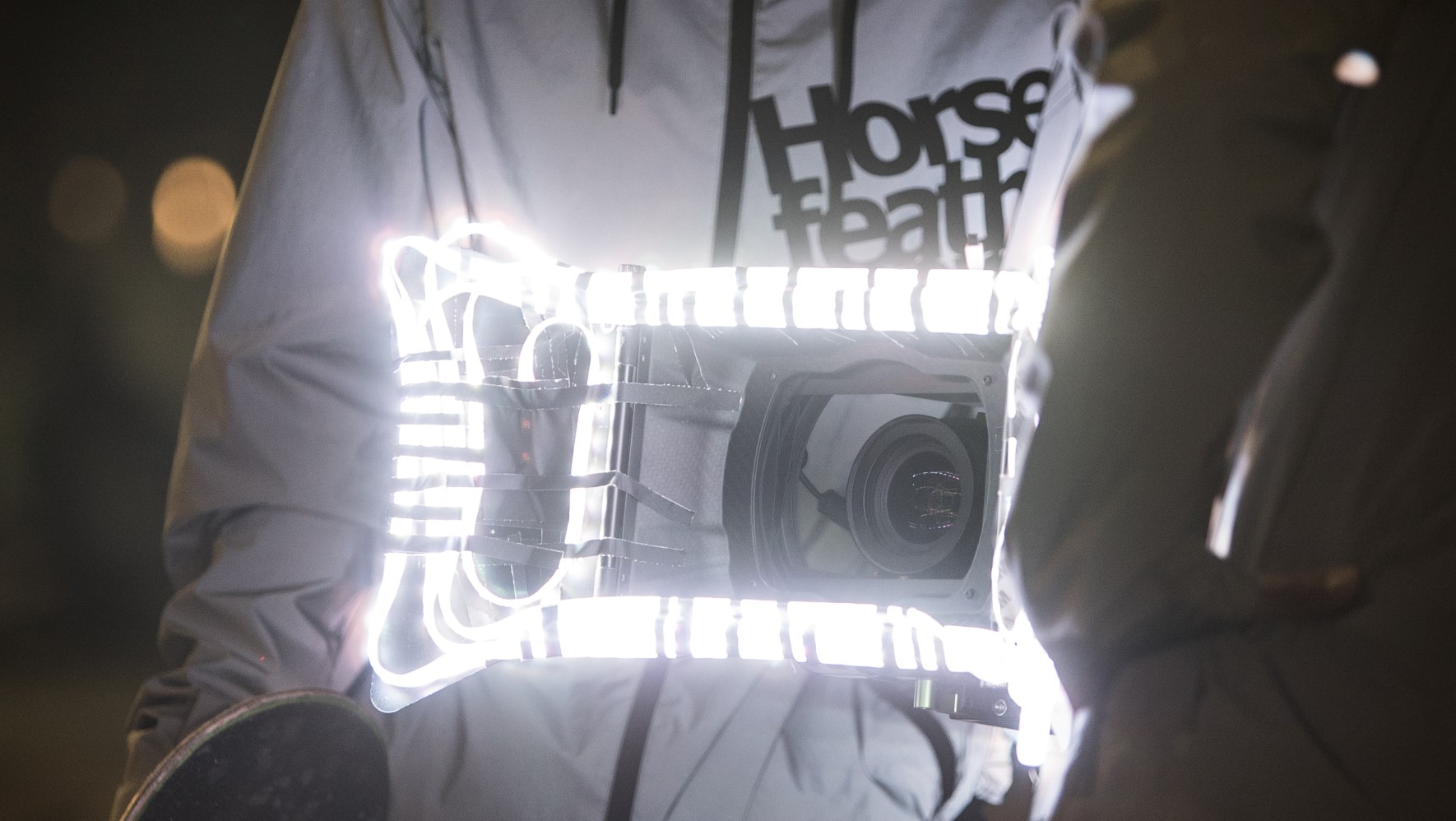 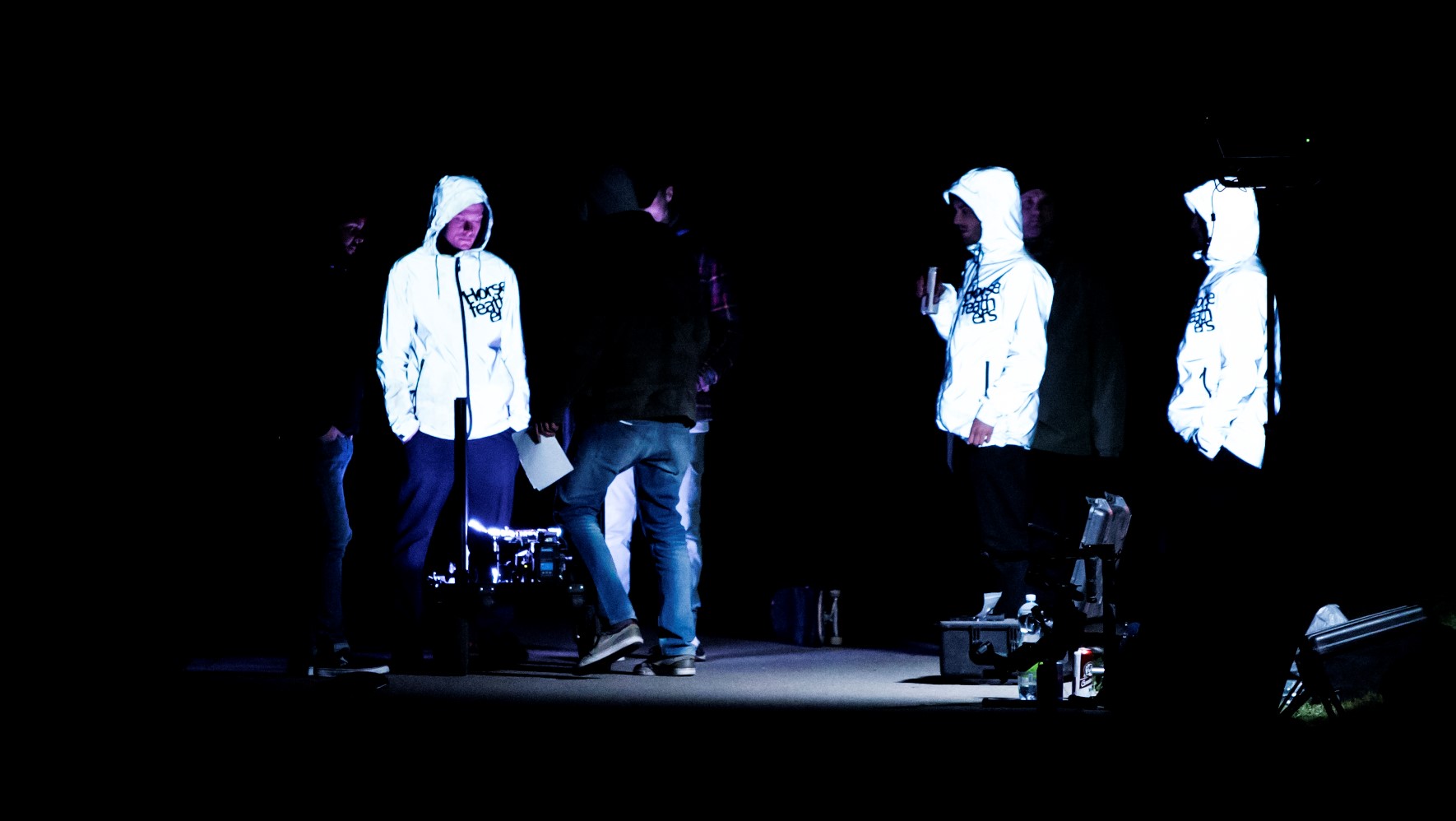 The last instructions and off we go! / Photo: @domino_hungr

How was the cooperation with our team riders Max Habanec, Michal Gálik and Michal „Leslie“ Veselý?

Boys were just great. The advantage is that we knew each other before so I know what kind of skateboarding to expect. Guys ride insanely good and they made tricks just at request. Michal’s nobekik in complete darkness and with camera’s light flashing right into his eyes was repeated maybe 8x in few minutes. Thank you all, guys, for patience during recording till early morning hours! What it feels like for a former pro rider to change the role and instead of standing in front of the camera stay behind it?

As I’ve already mentioned, I started shooting almost the same time I stepped on a skateboard. So both these roles came quite naturally to me. 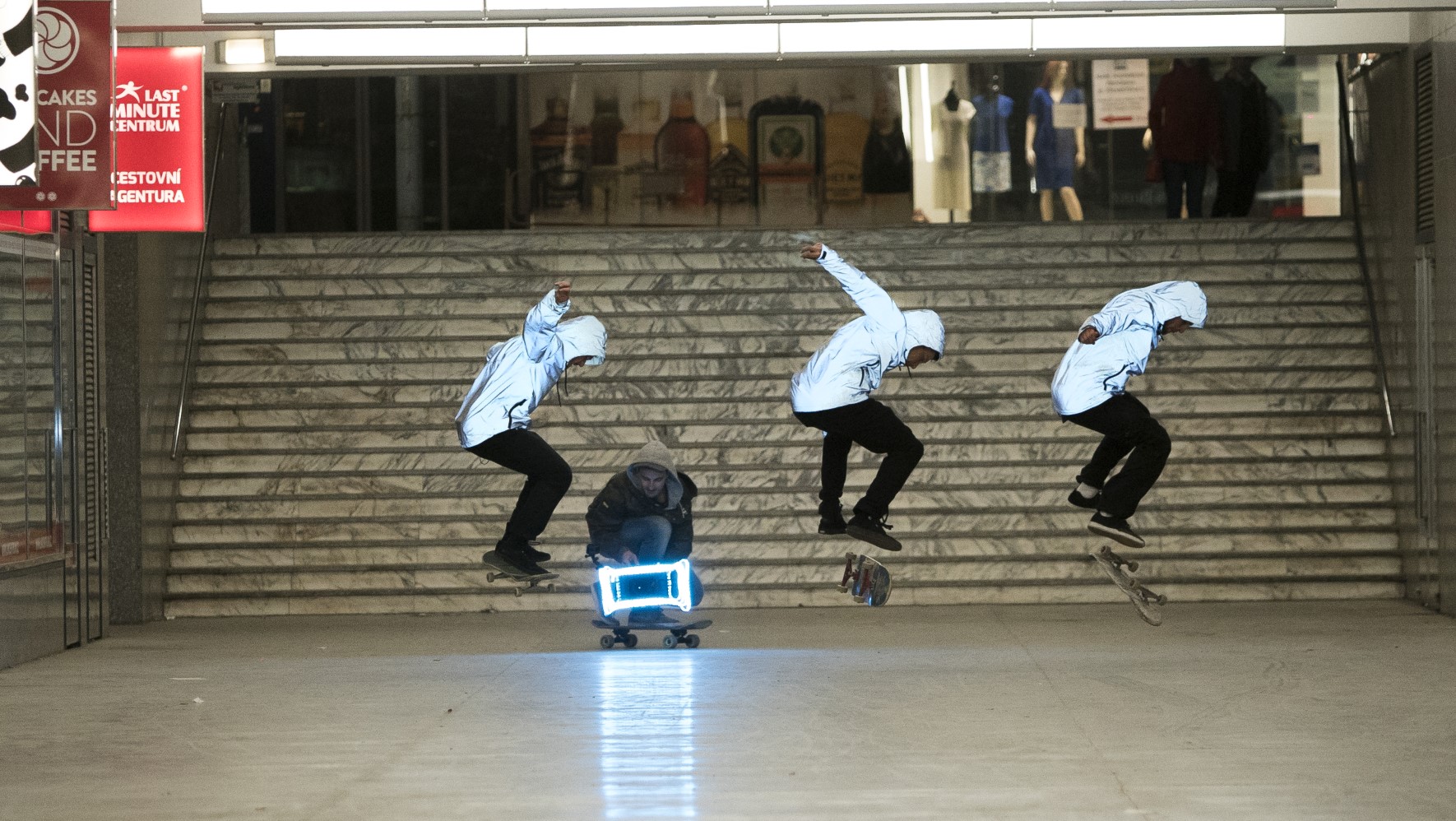 Synchrony of tricks and riding became the main feature of the ad. / Photo: @domino_hungr

What was special about the shooting of our (IN)VISIBLE ad?

For me it was definitely a variegation because I’ve been working mainly on the classic ads lately. This was kind of a throwback to a few years back when I filmed skate videos. But this time I worked with a great team and a solid technic. Thanks HF for leaving me a lot of space for creativity! Have you ever wondered how it feels to be (in)visible?

Sure, who hasn’t? :-) Many thanks for the interview! We keep our fingers crossed for you and look forward to another joint projects!

Thank you too, guys! 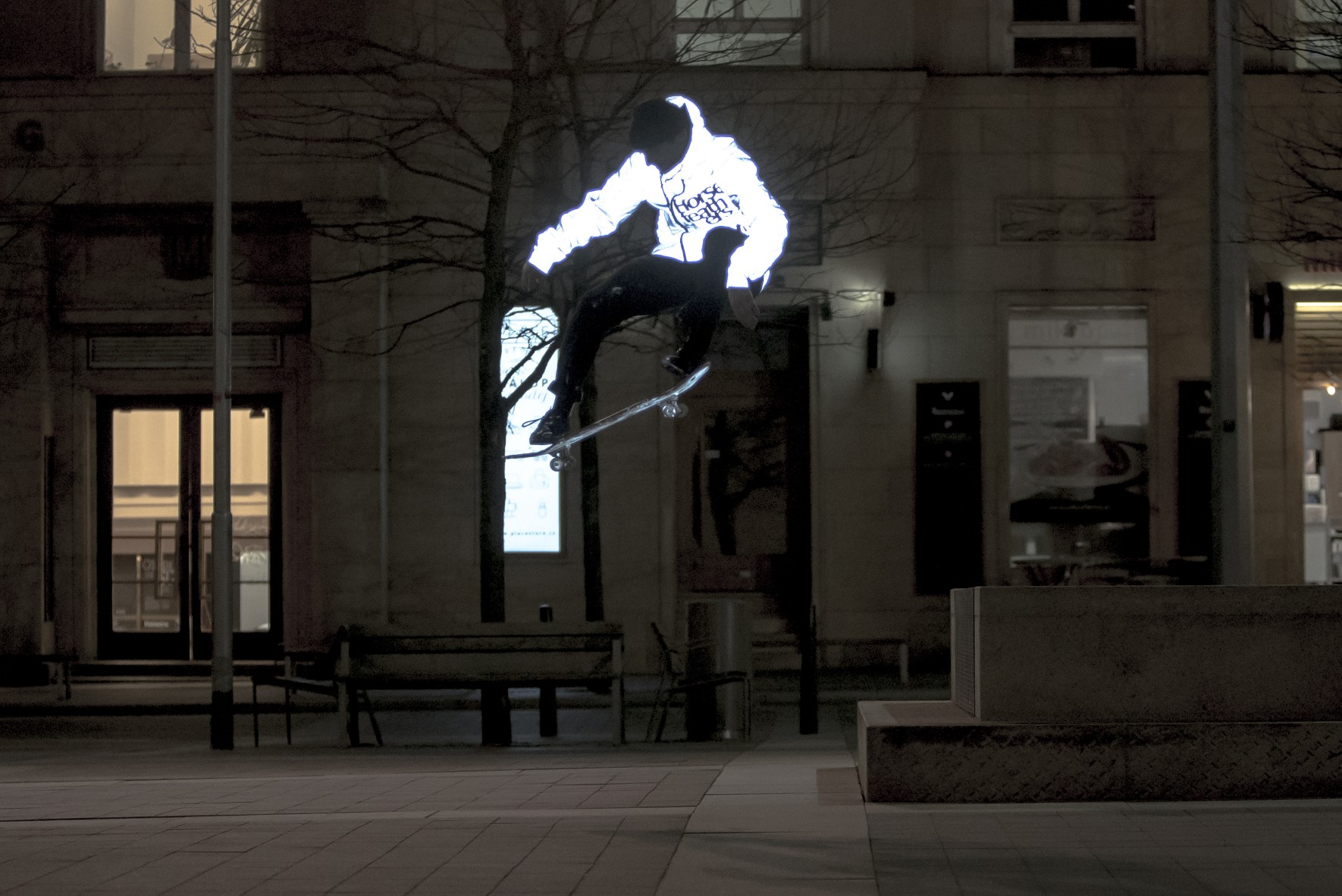 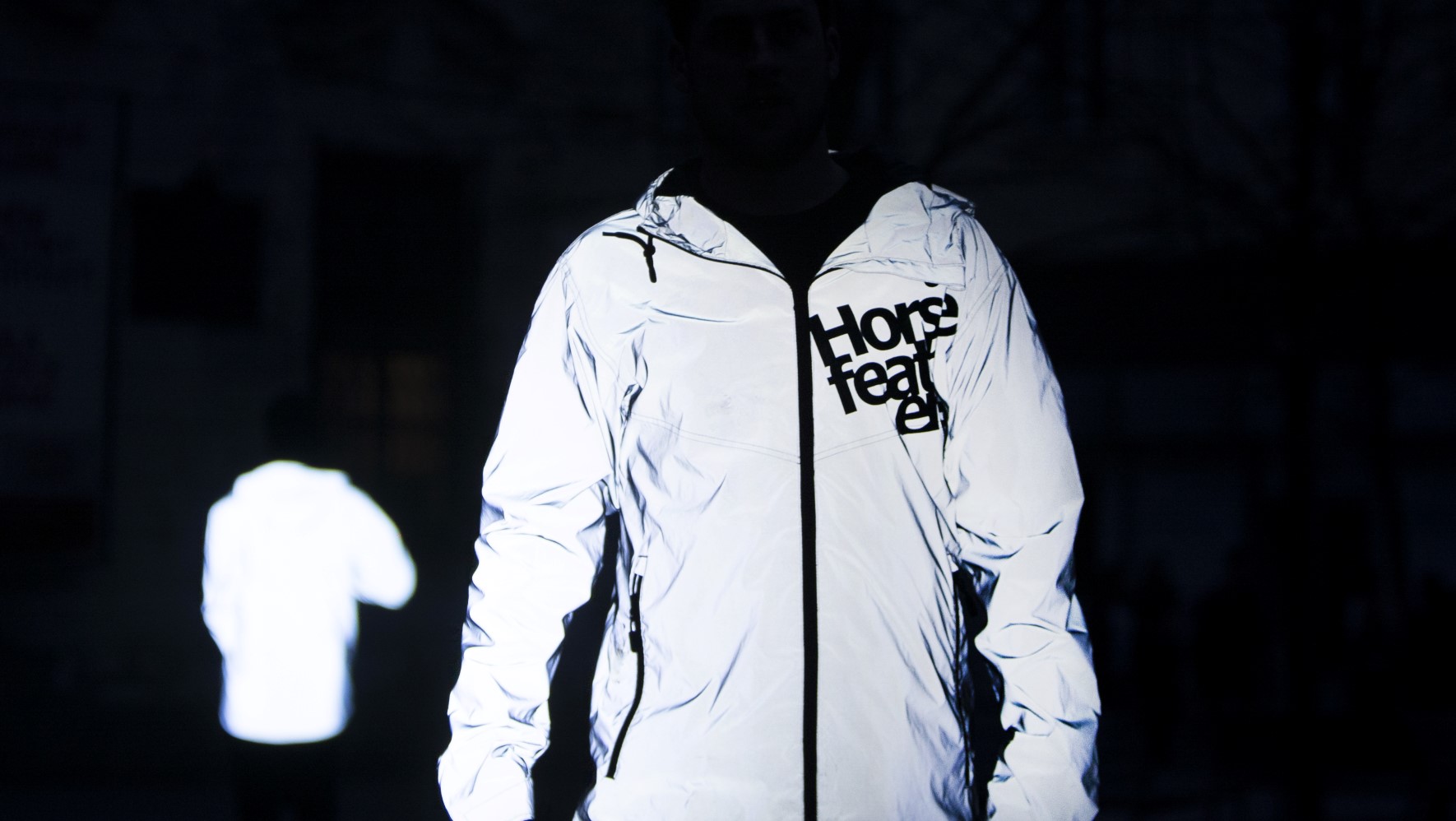