It seems to us that snowboarding is experiencing its boom right now and the way more popular carving is back on scene again! Our team rider is a proud ambassador of carving so he decided to challenge anyone who wants to join him in building up this skill during current winter. Let’s have a closer look at Tyler’s series of carving sessions called Horsefeathers Elbows and Edges. 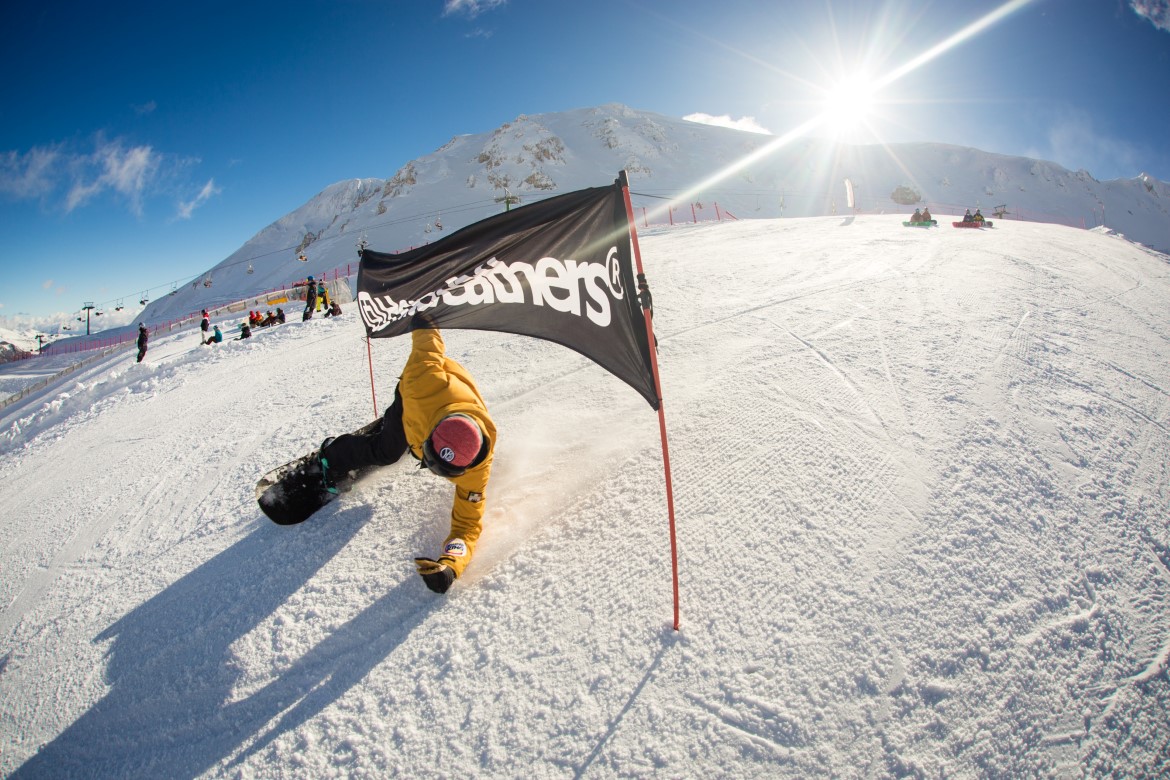 Each contest has the same rules – Tyler gives away cash for crazy carves plus additional prizes. We have already seen three stops of this carving session – one helt at the Stubai glacier, Austria, another one at Lipno, Czech Republic, and the third one in Ovindoli Monte Magnola resort, Italy. Contests are open to public, so that anyone who sharps his edges, and shows his crazy freestyle carves, could be in! 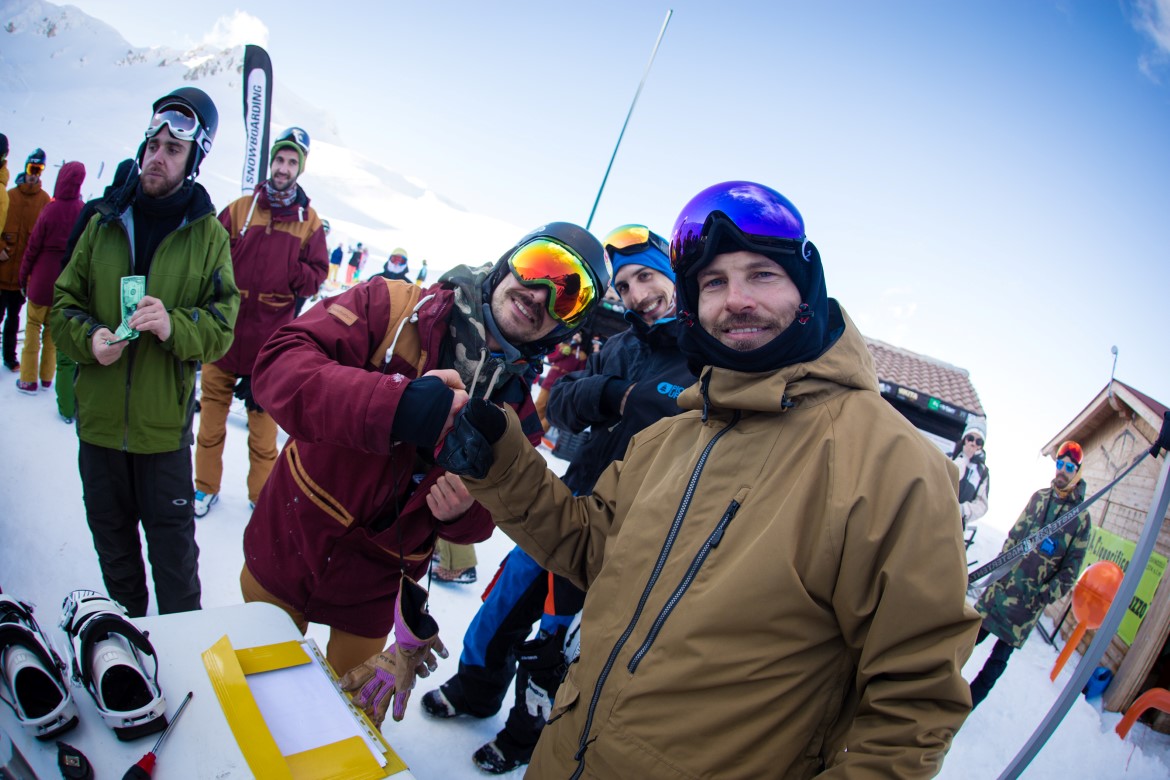 The first stop took place at the Stubai glacier during the Stubai Premiere event. Such a great timing for all those, who wanted to start off this winter season all-in! Tyler showed his unmistakeably signature carving style and encouraged others to jump head over heels to it. Finally, a lot of snowboarders got caught by Tyler’s enthusiasm and the contest attracted a huge attention. One of the most stylish carvers of the day was Gigi Rüf who impressed by his full-circle carve. 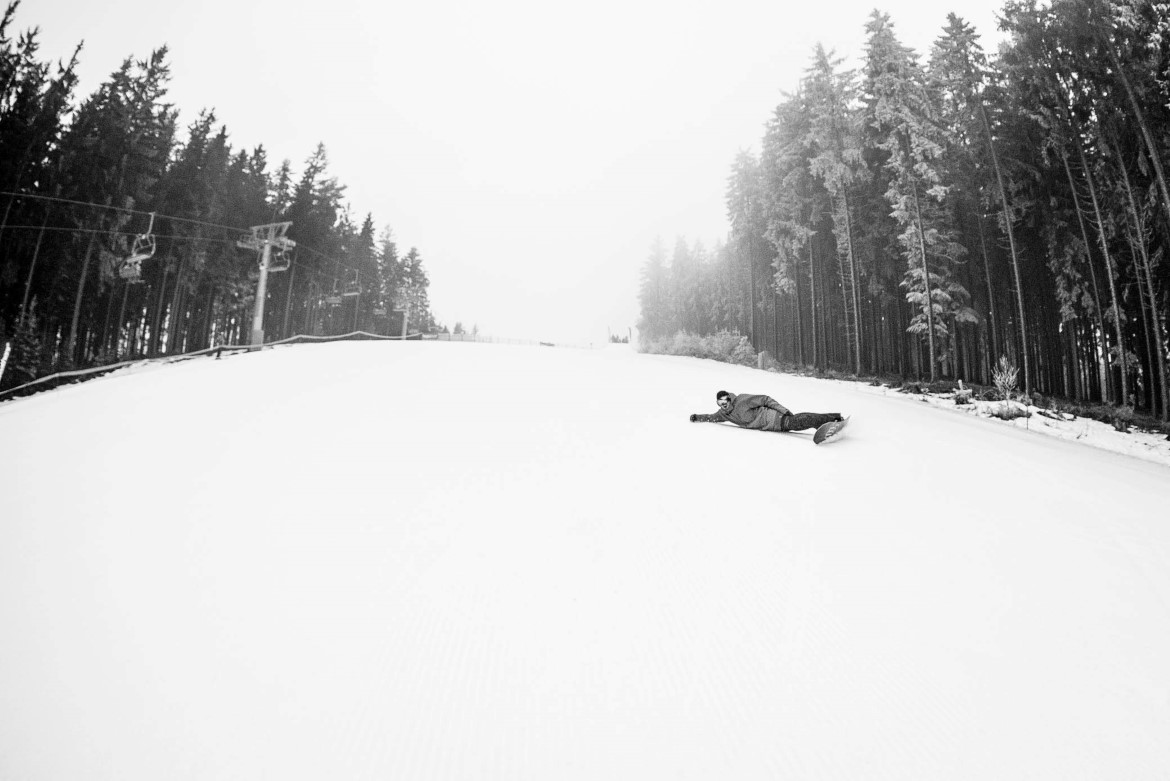 The second stop took place at Lipno resort in the South of Bohemia. The weather wasn’t really good so all the brave contestants deserve huge props! It all begun in the morning with the testing of carving and powder special snowboards and continued with the free session. The racing track offered a wide ski gate for riding under, two slalom sticks and a smaller hip in the bottom part of the slope. Tyler was the first to challenge this setup. The mission of all riders was pretty clear – to show a proper elbow carve at any cost! The best adult carvers were Kuba Baštýř, Filip Havelka, Fanda Gerhard and Tereza Cimrmanová. Kids category was completely ruled by Adam Fatur. The whole session took an hour and it was full of great tricks, high speed and, of course, awesome carves. 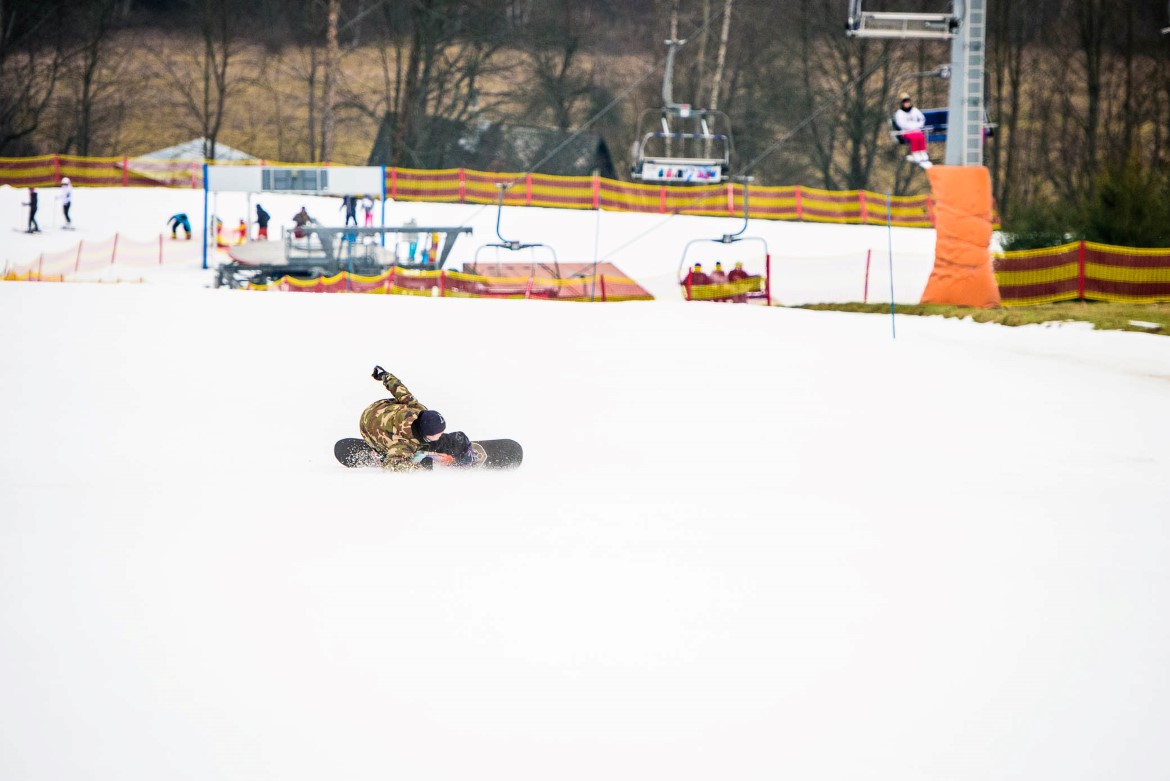 The winner, Kuba Baštýř, knows how to get low… / Photo: Lukáš Oujeský 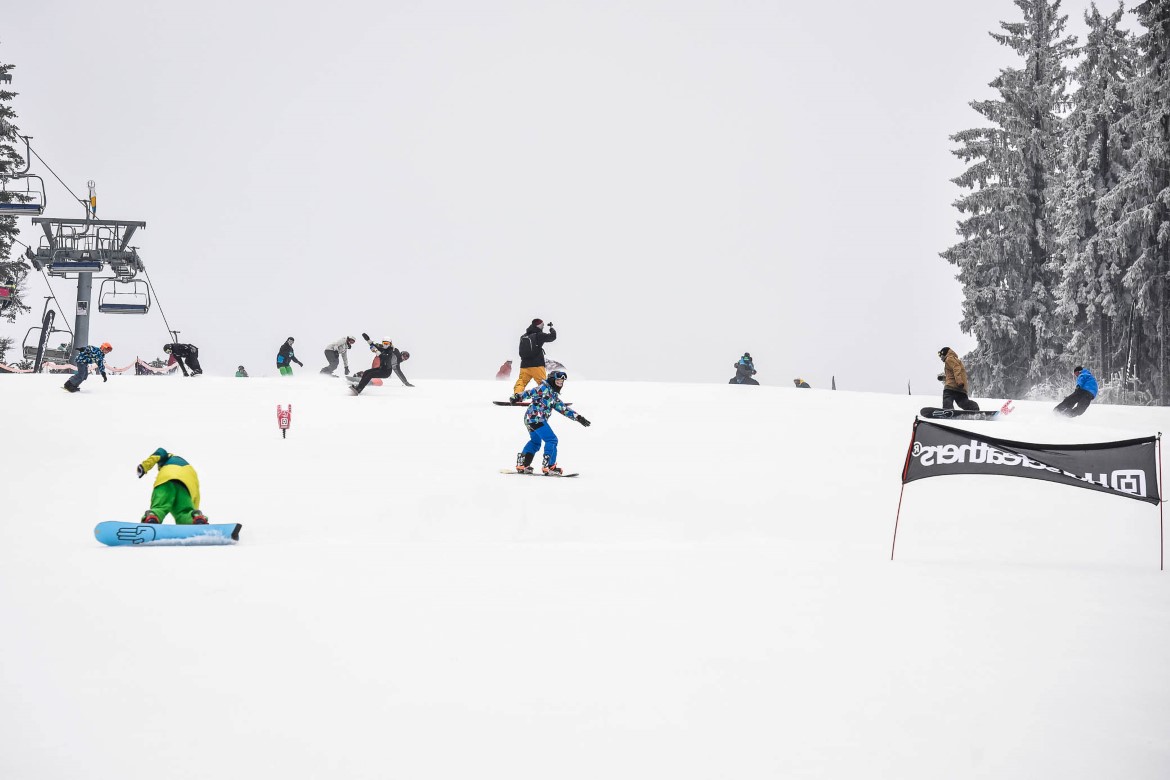 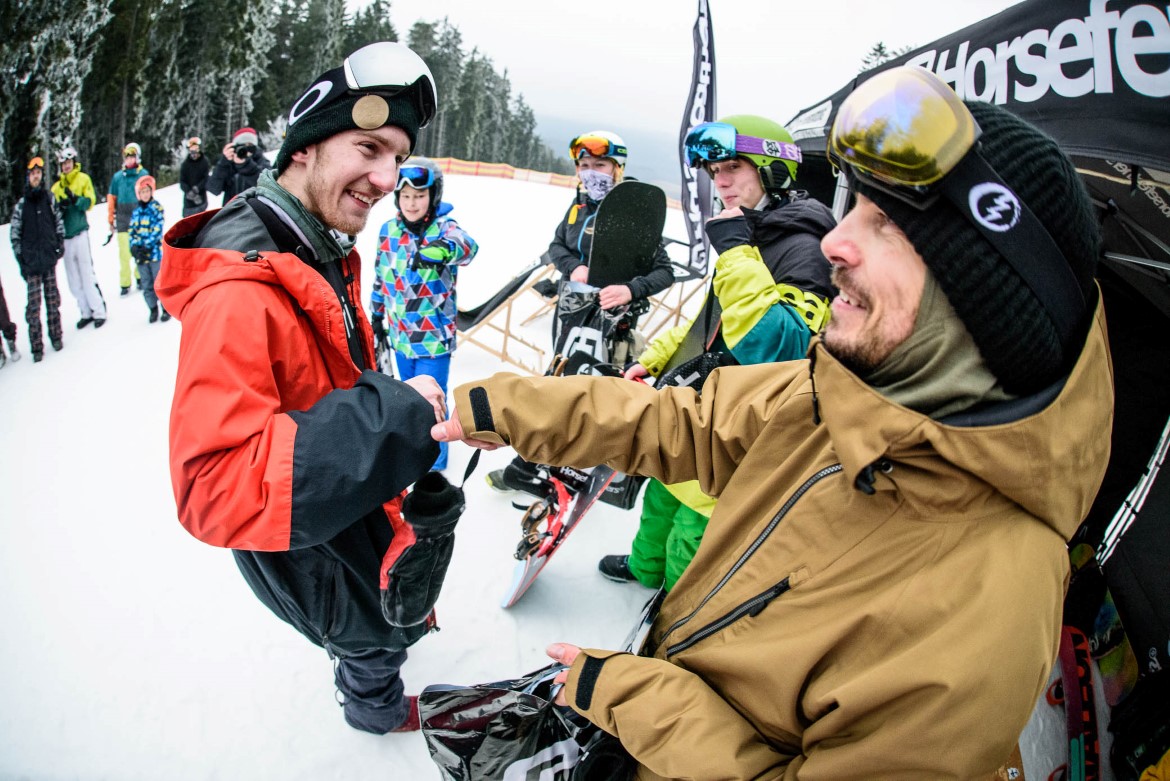 High five with Tyler, grabbing the prize and off to the bar! ;) / Photo: Lukáš Oujeský

Up to thirty riders came up to the Italian resort Ovindoli Monte Magnola to try to get as low on their elbows as possible and to enjoy pure fun of snowboarding. Session attracted local youngsters together with the home crew so the vibes were insane regardless the strong wind. At one moment it seemed almost impossible to build the contest’s track but finally the wind softened and the show could had started. Tyler went all out and showed his amazing switch one-foot elbow carve. This motivated all the others and Ovindoli Monte Magnola experienced one hell of a ride. The slope was covered with three tens of snow addicts encouraged to perform the best elbow carve ever. 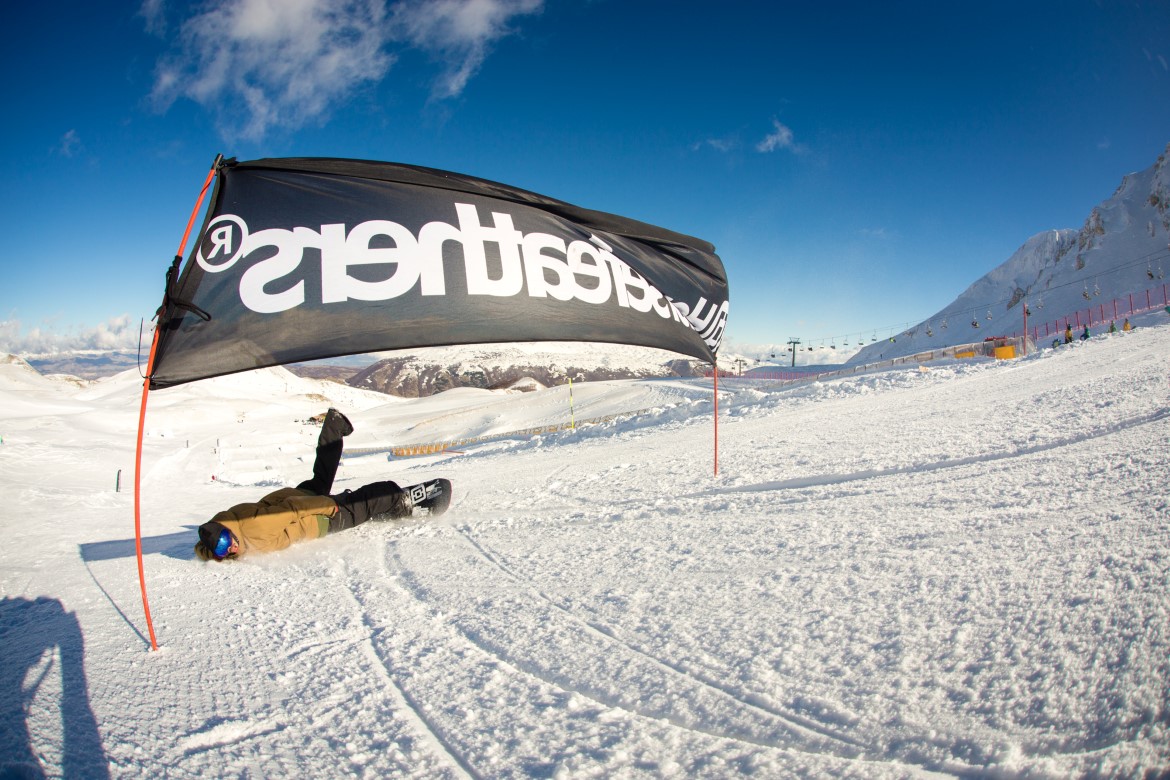 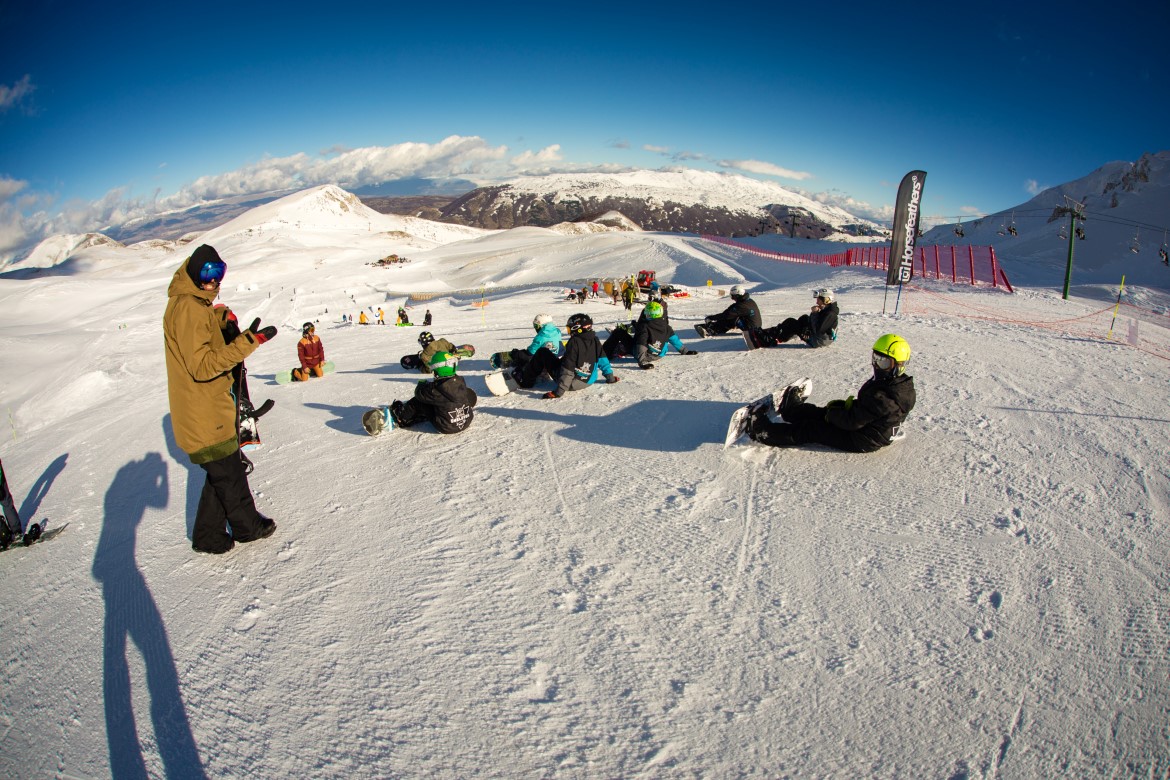 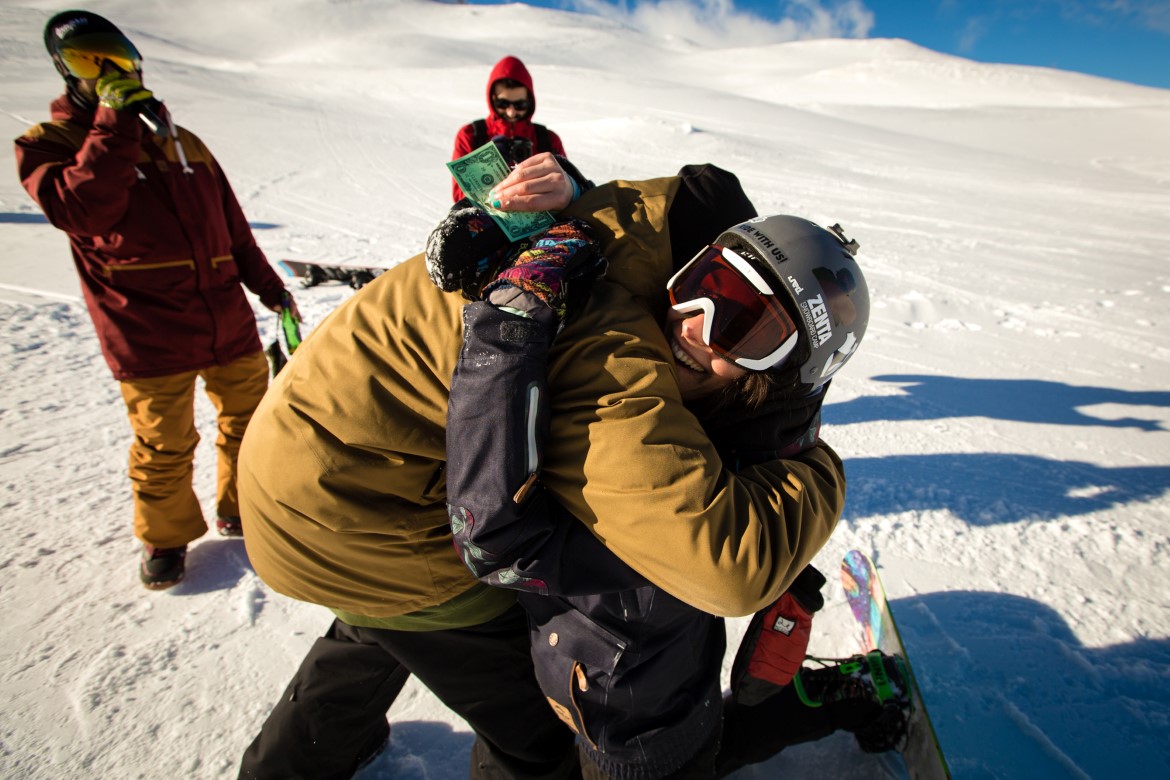 One of the contestants was this brave girl who rides snowboard one incredible month only! / Photo: RITM Media Agency

Tyler is the man in charge and the boss of this freestyle carving maddnes so it is high time to ask him a few questions! So Ty, how do you feel about the last stop of Elbows and Edges in Italy?

Was great to check out Ovindoli and Rome! Great people and surprisingly good mountains in that area. Local area gave us an option to designed pretty sick setup for this stop. What riders could have actually found there?

This stop, we designed the dragon spine which is basically a super low but very long spine which you can carve in from either side and spin out. Also a big left hand roller which went down well. 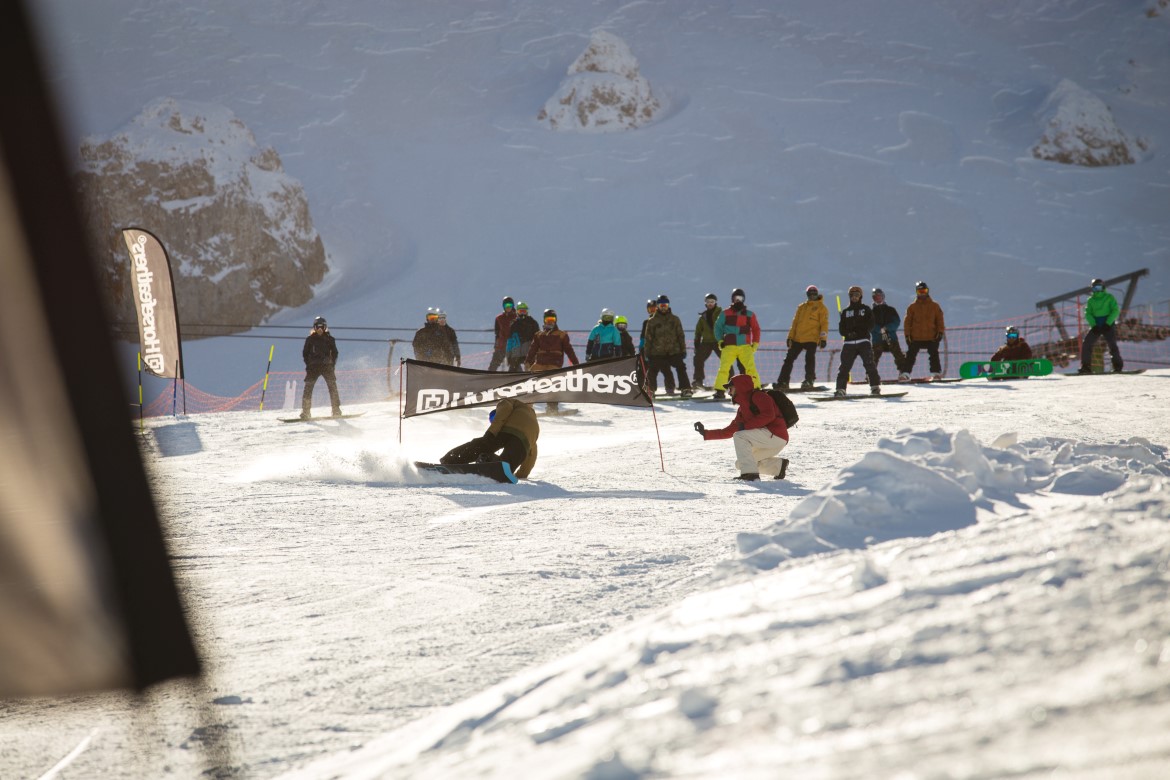 Waiting for the run and watching the guru. / Photo: RITM Media Agency 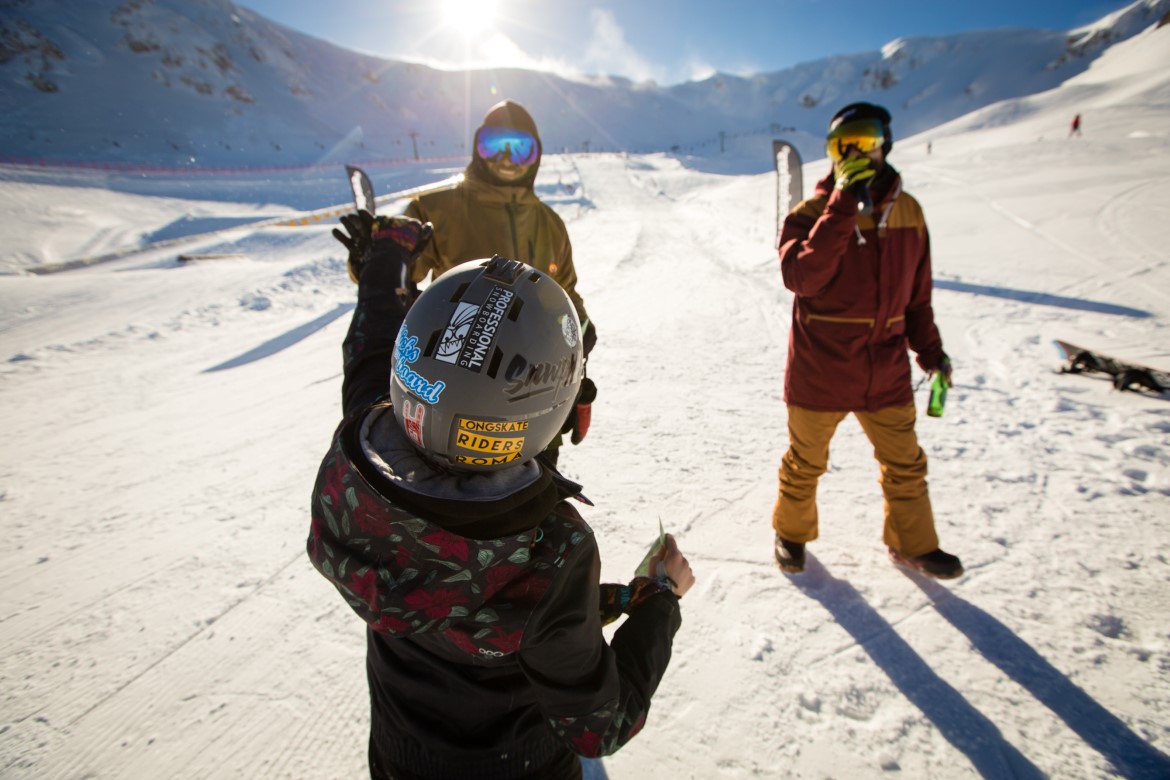 So many kids around tried to do same elbow carve as you taught them. Do you have any advice for those who weren´t there and can´t ask you personally?

Keep watching my videos closely and come to soe of our next events to join in the fun! What´s actually Elbows and Edges about?

Elbows & Edges is about getting creative low to the ground using your edges and your elbows if you get low enough and create new tricks. Accessible freestyle for everyone. Yeah and that´s what exactly snowboarding is about. Have fun with your homies no matter where you ride. Have a good one! 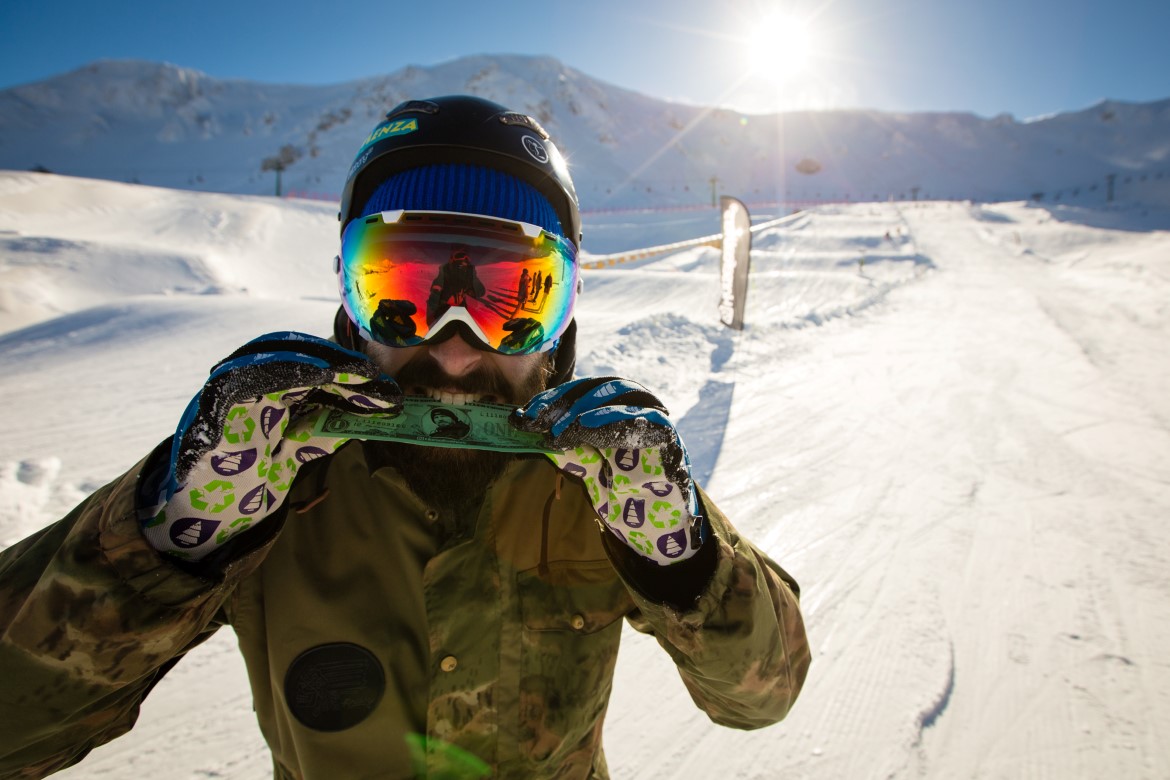 What else to say?! Horsefeathers Elbows and Edges challenged many snowboarders to try another level of riding. Pushing the limits and enjoying the fun were the main goals of this series of crazy carving sessions. Many thanks go to the Ovindoli Monte Magnola and Lipno resorts, to all the guys who helped to make this carving dream coming true and to everyone who joined Tyler and showed a great deal of creativity to the rest of the world. See you soon again, rippers!