We basically gave high fives to each other at Stubai last year and that’s how this Dutch boy Kasper de Zoete joined our Horsefeathers team. There is something about him that you cannot really describe and even he is still in recovery after his injury, we were more than happy to interview him for you. Also because his video edit is coming out just now and you should definitely check it. But for now, Kasper de Zoete ladies and gents.

K: Haha, not much. Mellow Saturday. University is crazy busy at the moment so I’m doing a lot of homework today and definitely partying tonight.

S: Sounds like 50-50 of awesomeness for today. And because most people probably don’t know much about you, could you introduce yourself a bit – something we might know or whatever you want to say about yourself.

K: That’s a tough question. How would you introduce yourself? So I’m Kasper de Zoete, 20 y/o, coming from the Netherlands. I haven’t been snowboarding the last 7 months due to an injury. It’s a really exciting time as I might be able to go snowboarding in a few weeks again. Really hyped about that. 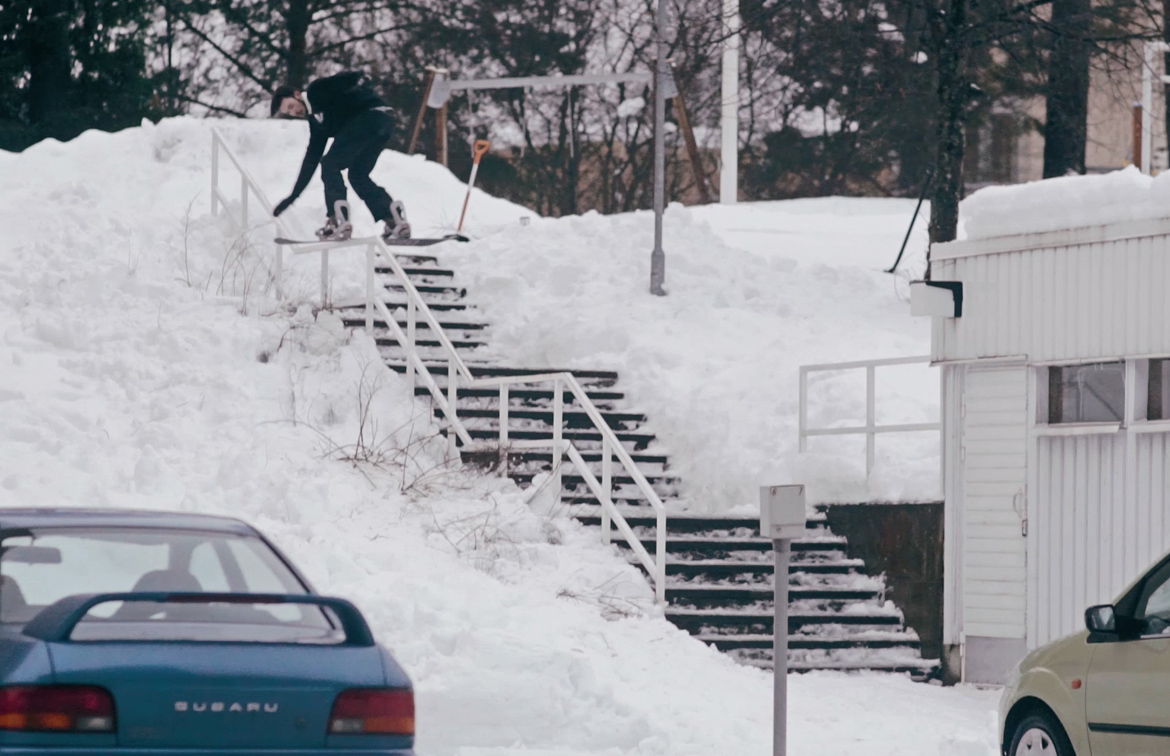 S: I know but had to ask it just in the beginning. When talking about your injury – two weeks ago the Notion video edit came out (pretty worth video edit to watch guys). We could also see a bit of what happened to you there and it’s a blast to hear you might be back soon! But for now, what exactly happened?

K: It’s kinda complicated but basically, Jacco (my homie) and I were blasting down a hill. All of the sudden a small child came onto our path. I had to dodge her. If I had hit her, things would have been horrible for such a small and fragile body. I tried getting around her and lost control. I was shot of the slope, straight into the trees. I broke both bones in my left underleg and my left lung collapsed. Was on the IC in the hospital for a couple of days. It gets even worse. After 6 weeks I was allowed to start walking again and immediately I fell down in a weird way. The metal plate in my leg was way to small for how badly broken my bones were. A big mistake of the doctor in the German hospital. Fuck him. Due to that mistake, I had to go into another surgery. Normally this would be a 3-month recovery but because of his mistake, it’s now about 9months in total. 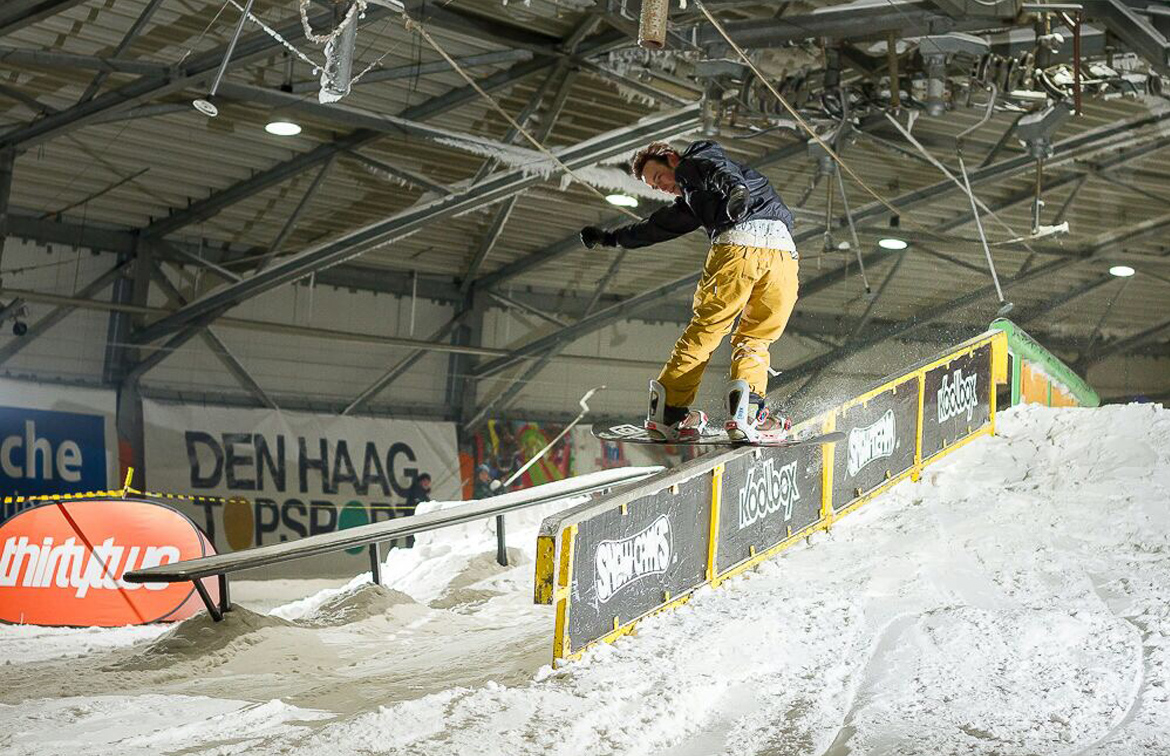 S: Don’t wanna be rude, but what the f*ck… It sounds like a nightmare Kasper, but I guess you have great people around and we are very happy that you are slowly coming back and will be still able to ride this season! I already mention Notion edit, are there any other projects you work on/ were working on before the injury?

K: Yeah, I’ve been trying to film a video part. This year was my second time riding street and I think I got a few interesting clips in there. Riding street has been such an eye-opener. Like any rookie, I thought it would be easy peasy lemon squeezy but it’s definitely not. Been really lucky with all the people around me to be able to film street. Tim from Portland Theory has always generously shared all his experience with me and really helped us out a lot. There are too many people to thank to name ‘m all haha!

S: I see, can you tell us more about that video part? Like when can we expected it online, where did you film it,…? Sell it to us :-P

K: My video part in the Moderate video will release this Tuesday so that November 27th. I’ve filmed in Andorra, Finland and one day in the Netherlands. I filmed in Finland with all my Dutch friends and then I went to Andorra to link up with the Simpson brothers and film there. Nothing really worked as planned but I’m still happy with the result. I feel like the video is OK for now but I’ve got a lot more to show. That’s why I’m very hyped to film again this winter. The filming street is just so much more fun to me than lapping a park.

S: I was about to ask, what do you enjoy more – park or streets, but you already answer that, thanx haha. So I am wondering how is to be a snowboarder from the Netherlands? People are always interested in how the snowboarder’s journey began, what your story tho?

K: So I’ve been riding at a local dome called Snowworld since I was 13. When I was 16 I met some guys from another dome that’s called The Uithof. ‘Those guys’ (Jordi Spa mainly) are now some of my best friends. Together we started making a few snowboarding videos. Somehow Transworld Snowboarding posted our first video and we got 8k views straight away. For us, being used to having a couple people watching your video, this was insane. We just kept on making those videos. From there everything kept on rolling, we went on our first street trip, met new people and had a lot of good times. It’s kinda funny that we are doing this interview for my video part. 3 years ago this would be beyond my wildest dreams. Don’t get me wrong, the is hundreds of people releasing video parts 10 times better than mine. But just the fact that anyone would pay the slightest attention to my snowboarding is just beyond what I ever expected. I’m by no means a great snowboarder but I used to be really really bad. Everything changed when I met Jordi Spa at The Uithof and we started making videos. I’ve learned so much that summer just snowboarding indoor together every day. Good times for sure. 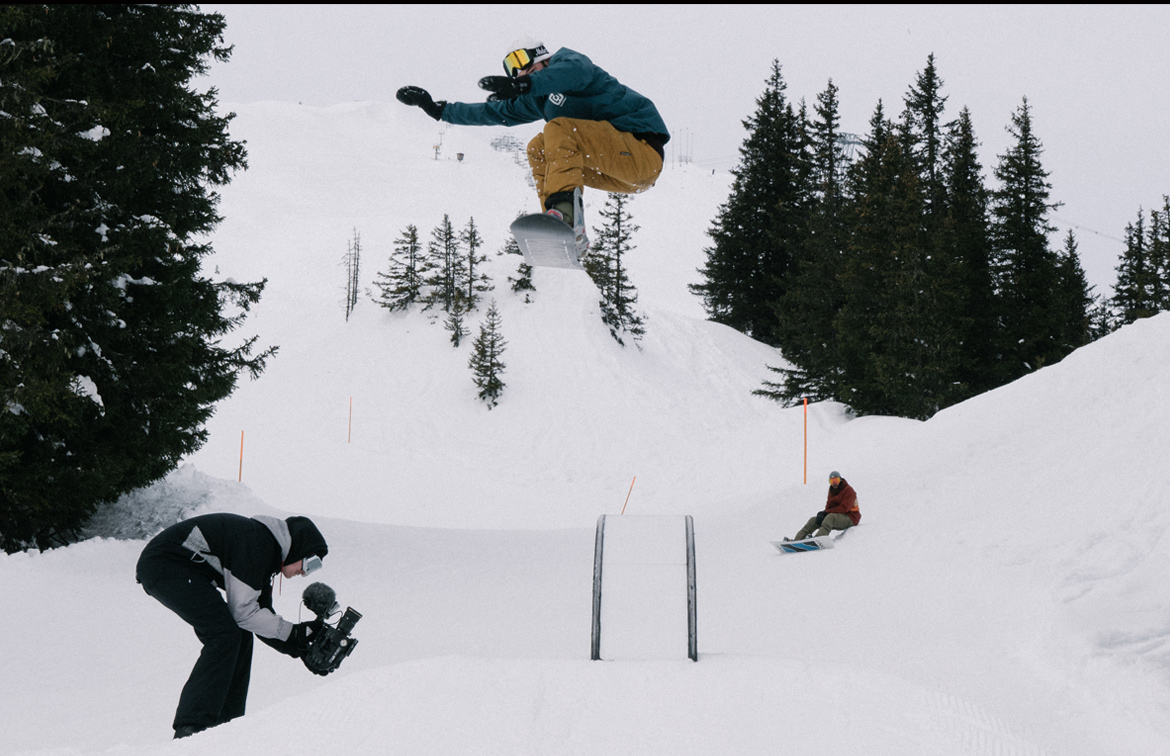 S: People use to say “never say never” and I think this is exactly that reason why. I am sure you have a lot to show us in the future we have no idea about. What about you for now? Is there something that most people don’t know about you?

K: I think a lot of people don’t now that I actually used to film snowboarding videos instead of being in them. I’ve been working as a freelance filmer since I was 16 and know I study films at the University of Amsterdam. I guess you could say I’m somewhat passionate about filmmaking and that’s why I adore riding street. It’s the perfect intersection of what I love most. Film and snowboarding.

S: Yeah, I think you rang the bell with this answer and also, good luck with your studies! Tell me, when riding so mentioned streets, what’s your fav set-up and outfit while riding?

K: Well, The less I need to wear the better. I love it when it’s warm enough so that you can just ride a t-shirt. Feels so much better. The Hanford Max jacket is really chill. It’s really thin but really durable and warm at the same time. My first time riding street I wrecked a lot of clothing. It’s not so nice to find out half your jacket has shredded when you fall down some stairs haha. Really happy about the durability of all the HF clothing. 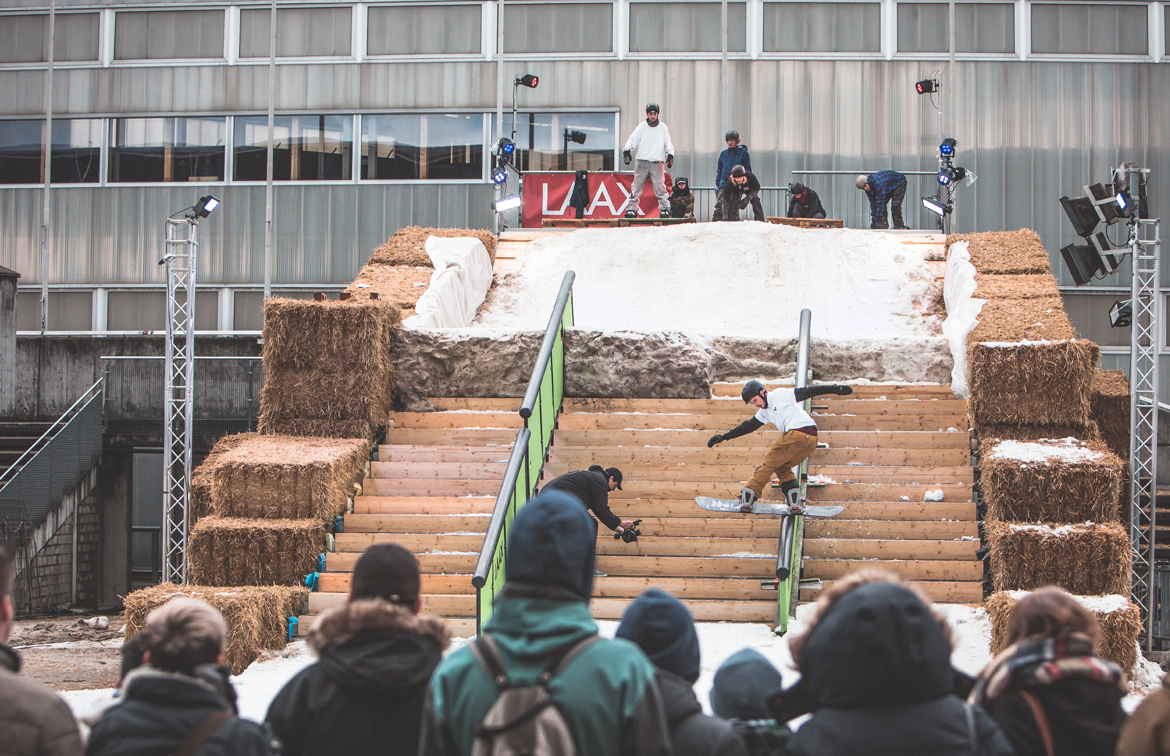 S: Luckily you live in the country, where you can ride in a t-shirt or tiny jackets haha. What music for riding we would find in your phone?

K: I never actually listen to music whilst riding haha. I think it’s just very distracting and when I’m snowboarding (most of the time) I’m out with my friends. I will rather be talking to them then listening to music. Instead of riding with music I just snowboard kinda ‘together’ with a friend. I have this homie Mees and we’d always snowboard really close to each other (like maximum 1,5m apart from each other). If you bail, you bail together. If you stomp, you stomp together.

S: Niiice, I think that’s really smart. Well, now we know what’re your plans for this season, a bit more about you and I can say just THANK YOU for having a time while hard studying haha. Have just quick pickups in the end for you and of course, we all wish you the best in your recovery and come back on board!

K: Haha alright and thank you for having me!