It took us few days, but we made it! Our Finnish boy is realising his full part “A Couple Finnish Minutes” from K2 and on this occasion, we asked a bit about that, but also about his snowboard and “normal” life. He might not be very talkative in the beginning, haha, but I just kept asking him questions and you can enjoy the result right now. I might write this every time, but well, it’s true and we are pretty happy to have him in our Horsefeathers family. And even though we never met in person, I heard that he is a pretty sweet guy and it’s always so much fun while shredding and partying with him. Maybe one day I will get this chance but for now, just enjoy.

S: Sooo in the beginning, let’s ask you the question nobody probably ever asked you before – who is Antti Jussila?

A: Hahaha, yes, no one has ever asked that before! But this is something that I don´t have much to say so I have to answer: A Finnish snowboarder :-)

S: All right, all right, that is a deep one! But at least we know that you are pretty great and known rider haha. How did a boy from Oulu became a pro-snowboarder?

A: Thanks :-) Yeah it´s pretty deep and I’ve never been the person who likes to highlight himself if you know what I mean. It was a long journey that somehow started working out along the way. I always liked riding a lot and spent all of my time at resorts when I was younger. Then at some point, some of my older friends started filming snowboarding videos and they invited me for a couple of spots. Getting a video shoot felt so rewarding and cool. Then I was always up for shoots whenever someone invited me. This kept going and I continued filming for KBR videos and towards bigger productions. 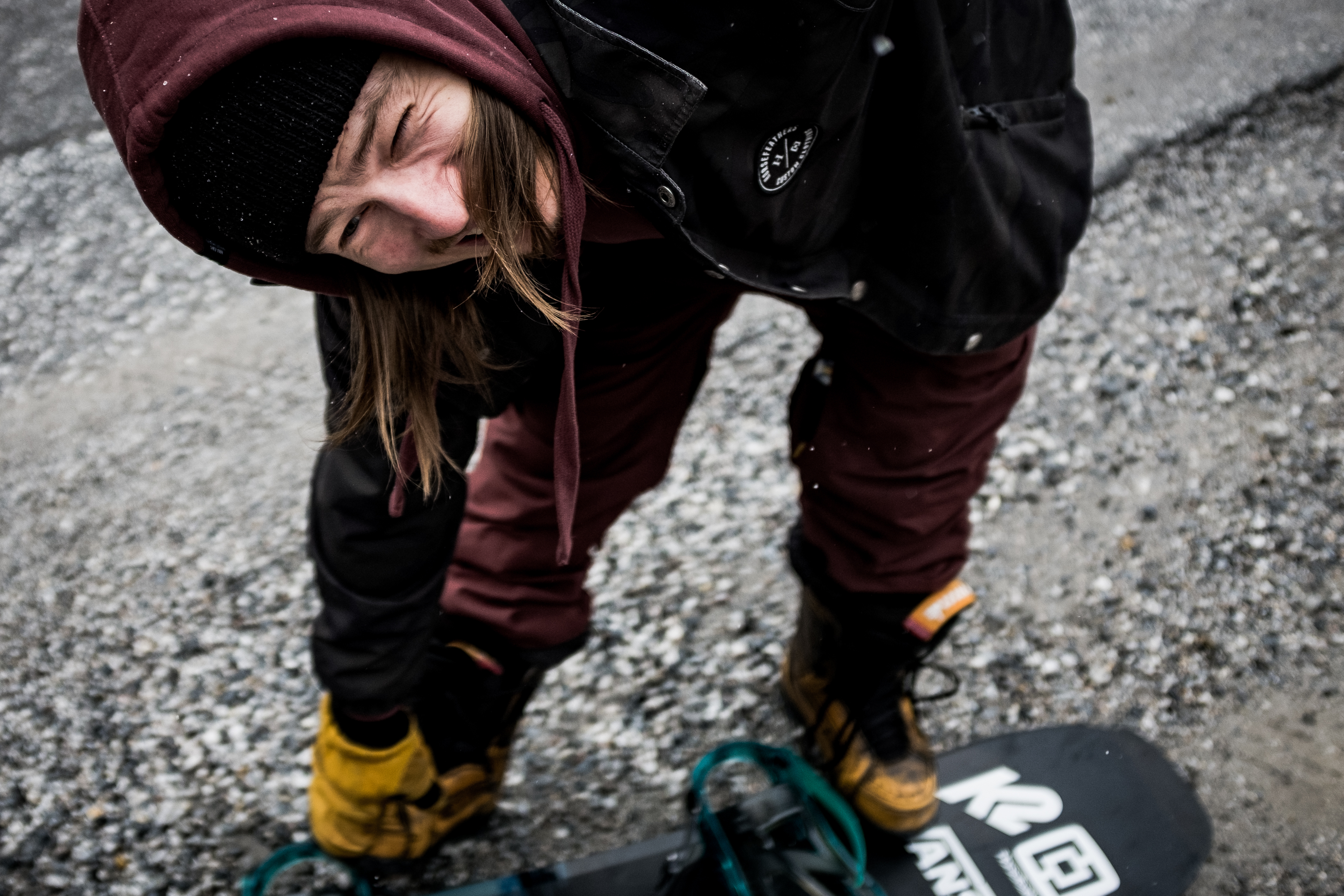 S: Yeah, I am also one of those who saw you ride in one of the KBR´s movies for the first time. But you don´t shoot with KBR anymore and your full part in the movie from K2 is releasing soon. What we should know about it?

A: Yeah, we made out last KBR movie back in 2014… My releasing part is a street snowboarding edit that we filmed last year in Finland. It also got few cameos from Eero Ettala. It’s called ”A Couple Finnish Minutes”. We shot mostly all over Helsinki and then did a longer trip to Lapland in the springtime. I really liked my ender spot, I’ve known it for a while but never managed to make it happen. It was a mission! We had to carry all the snow to the roof from below. So we basically had to lift all the snow in plastic bags to the roof, because it was so late season but It was worth it!

S: Sounds pretty sick and we are really looking forward to watching it. Are you attending the yearly world known spring event in Ruka – Wappulounas? We heard it’s always pretty crazy there!

A: Haha, yeah most likely. I’ve been there every year for at least the past ten years. It’s always so much fun to see all the friends after a busy season and enjoy snowboarding in the slushy conditions. Good times! 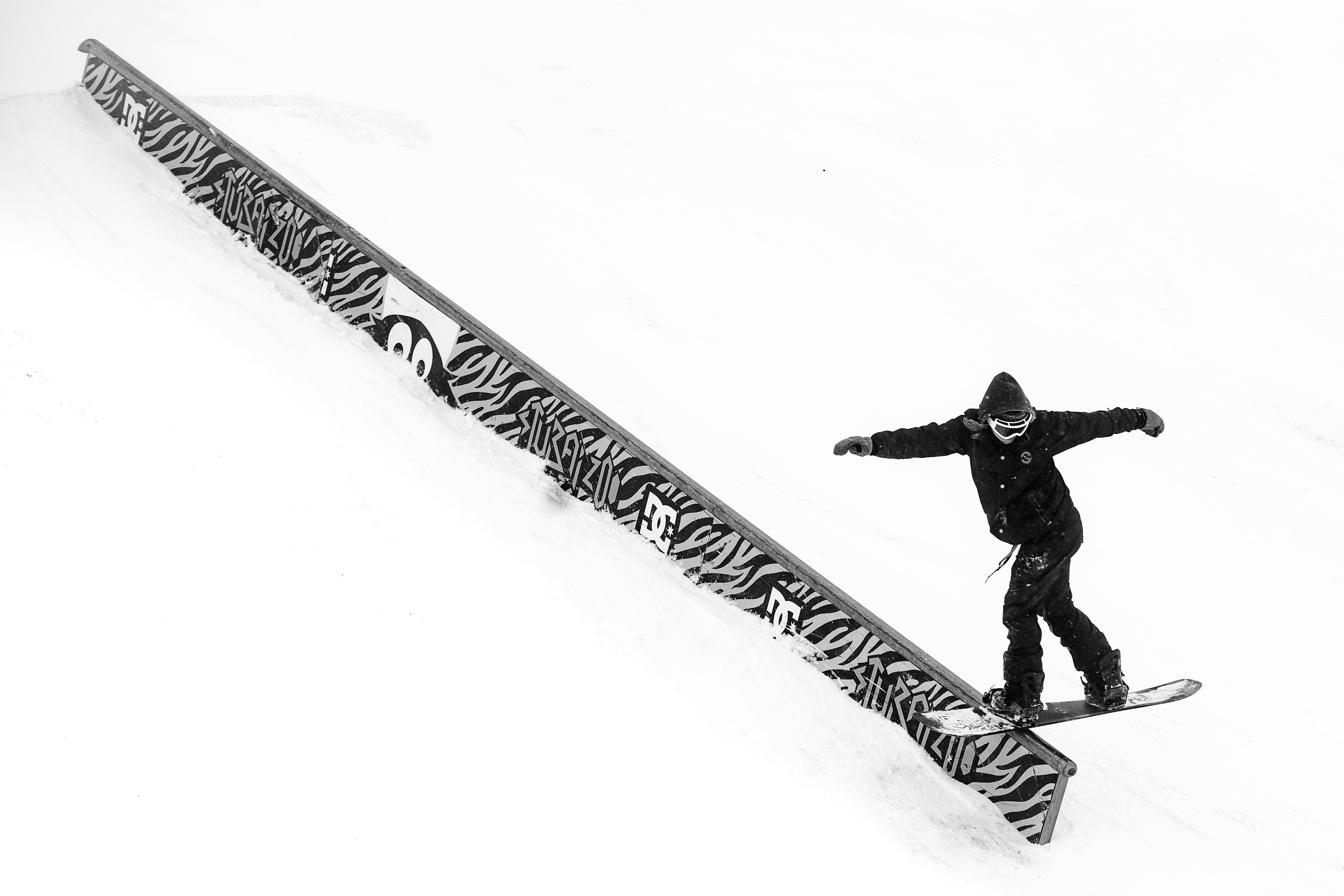 S: Is it true that Finnish can drink only until they die or not at all haha?

S: The answer on next question might be obvious, but what do you love on your snowboard life most?

A: Probably just that I’m able to fulfil my visions through snowboarding and obviously travelling is really great. S: Who would you be if not a pro-snowboarder?

A: I would probably be doing something with furniture or stuff like that and would sail as much as possible.

S: Best place and worst place you ever rode? And how will the rest of your season look like?

A: Japan has been the best so far. But I don’t know if any of the places have been are so bad. I’m gonna be out filming for a new project which will be announced later and also going for trips to Japan and Russia.…

S: What’s your favourite combo from Horsefeathers when shredding?

A: My favourite combo is definitely Fokker jacket – Cypress and Voyager pants – Could Camo.

S: Is there anyway how you prepare yourself for riding? Gym, yoga, meditation,…?

A: When I was younger I thought that I don’t need to do any sports or stretching to be able to do this. Times have changed from that and I try to keep my body moving both off and on during the season. I cycle a lot, even now in wintertime as well.

S: Let´s browse a bit into your non-snowboard life haha. Is there something that most people don´t know about you?

A: There is always something that people don’t know, but I want to keep it like that :-)

S: All right haha. Well, Finnish people love sauna, that’s pretty clear. I remember while living in Finland that even my friends from Helsinki living in the 1-room apartment had a sauna in the bathroom. What about you? Are you “proper” Finnish guy when it comes to the sauna? And how’s your Swedish going?

A: I definitely love the sauna, I also like doing ice hole swimming in the winter time. That’s life! Actually, I can’t speak Swedish, I wish I could! 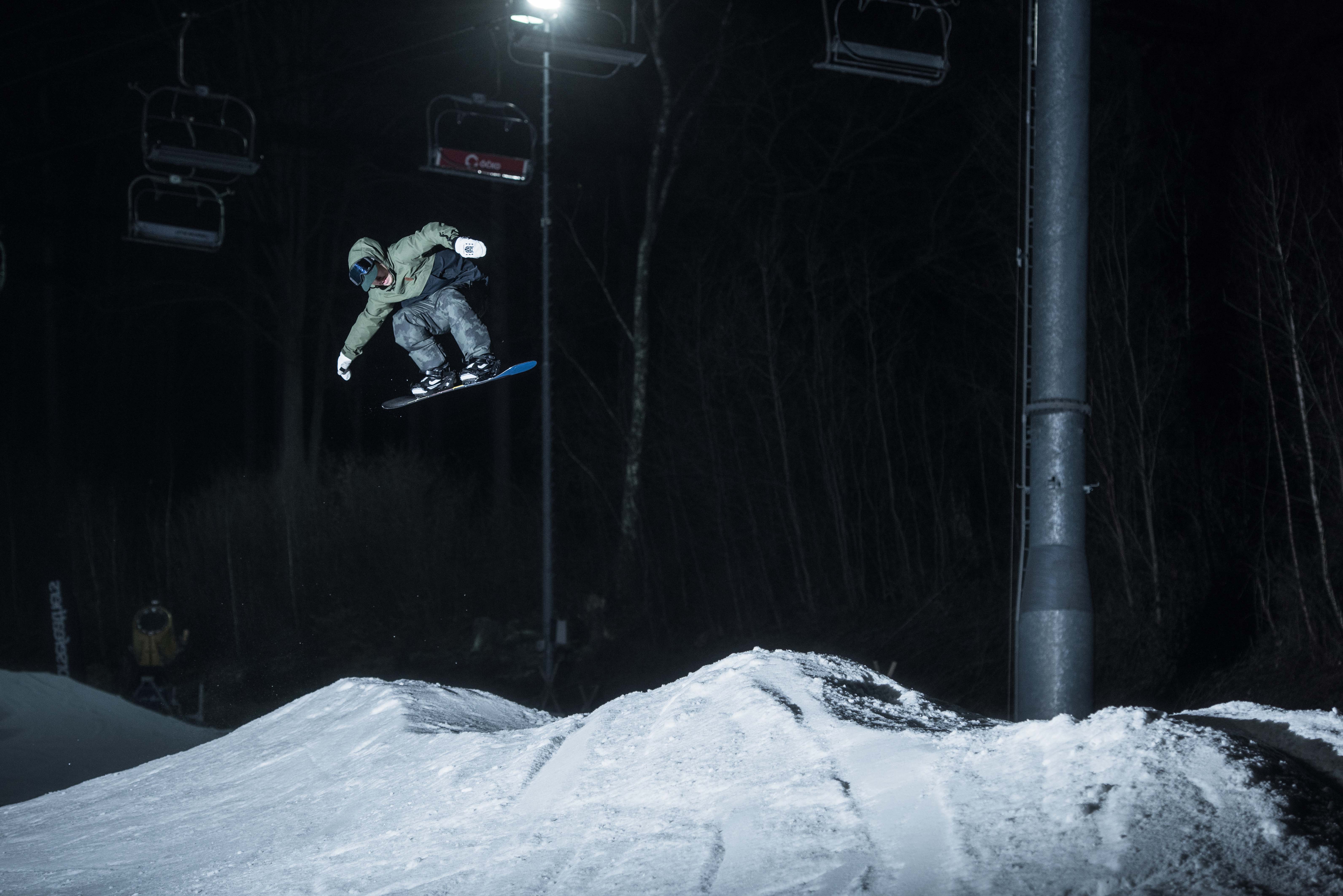 S: Did you ever study at Uni or are you studying at the moment?

A: No, I never was a school person so I’ve only done high school. We will see if I apply to a school one day…

A: Hmm… Probably craziest ever were back in the day when we had our KBR crew premieres. Most of the premieres were out of hand. Heh. 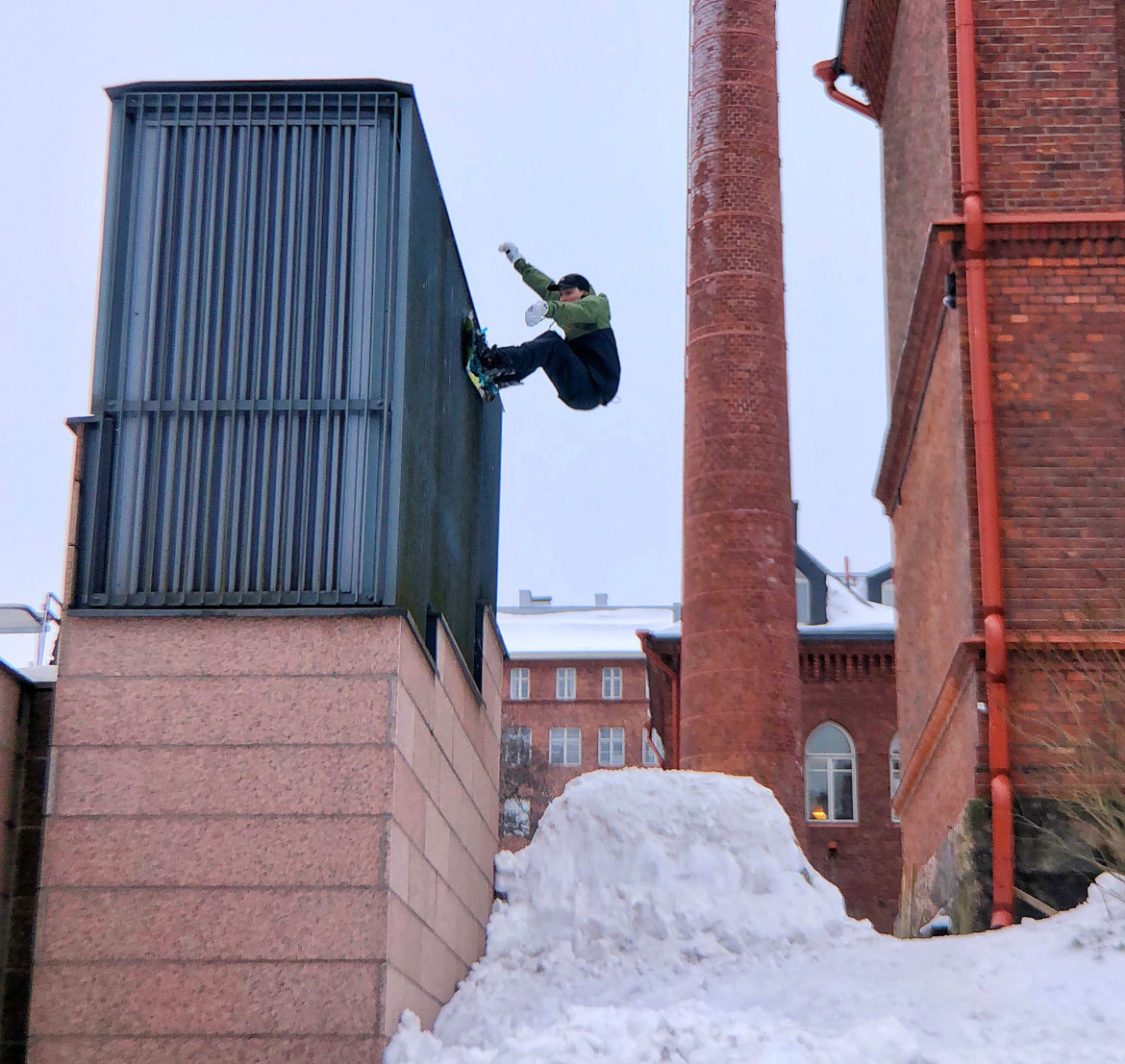 S: Thank you for the interview mate. I am just adding my few pickups in the end and ofc all Horsefeathers family wish you a great season and a lot of good times!

A: Thanks to all sponsors for the support over the years! All the best! AJ. Interview with Antti Jussila by