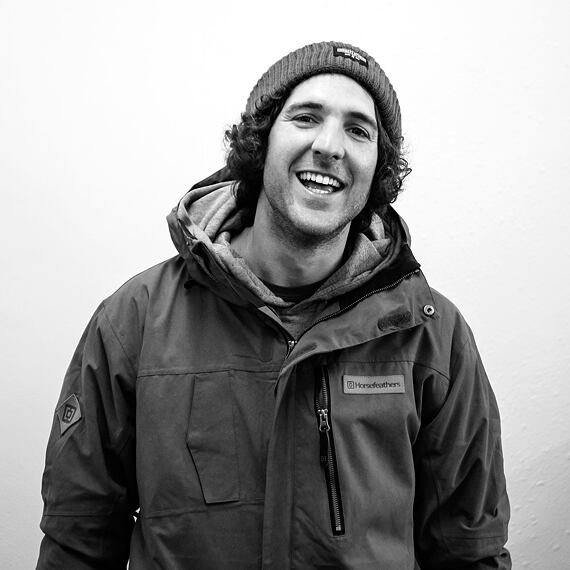 The pure essence of life.

A rail where you could see the dead in the other size Escape from some avalanches so fast, just straight Win a competition without sleeping after party with no voice for the tv interview A first try stomped fs 1080 tail grab in a competition. Jumping into the flat area after flying more than 55 m long in a park and broke my crossing ligament

Let it with no wax too much time

I always take a word until I burn it after I just take another :) I call chicken or whatever to my friends for example.

An avalanche fucked me in verbier.

All who respect the mountains and who grow with them every day.

When it's ready for riding with wax and everything, ready for the devil, I can call it “honey”, sometimes I kiss her.