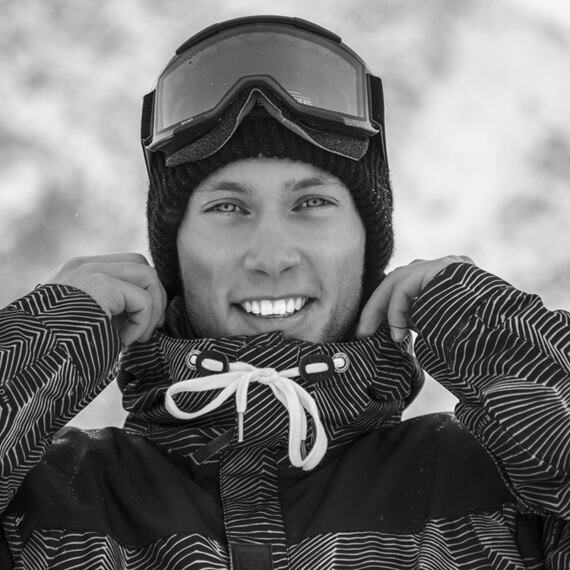 Three words to describe what snowboarding is for you.

When I started snowboarding I tried a backflip off a tiny inrun to a rail. It didn't work tho. Later on a did a backflip off the rail. That worked. Once we went to the backcountry in Colorado with a ski-doo. Two riders on one rope. One in the middle and one in the back. Remember, it's never good when the first one falls. The spring kicker session in Sölden was pretty crazy. Night session in Planai with an invisible landing. It's always crazy if you don't know when & where you'll land. Tho, the party afterwards was also crazy...

Halfpipe crash in 2012. I had to stop snowboarding for almost one year. Screw halfpipes!

Sometimes you call your snowboard…