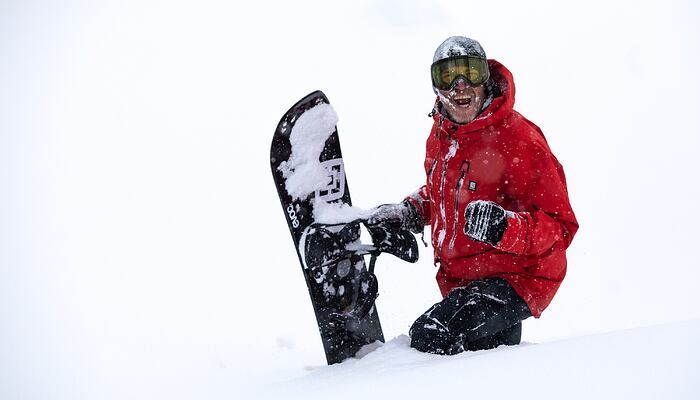 Q&A with Steve Gruber: My favorite jacket is Halen II

Steve Gruber is a snowboard legend from austrian Zillertal valley, who is spending most of his days riding powder in the backcountry, that we don't even dream about. You'll usually find him sending it down the cliffs and natural kickers totally in style and with a big smile on his face! Last year he took a part on a HF trip to Penken, Austria, where this video spot in his favorite backcountry combo was made. Let's find out why he likes it! 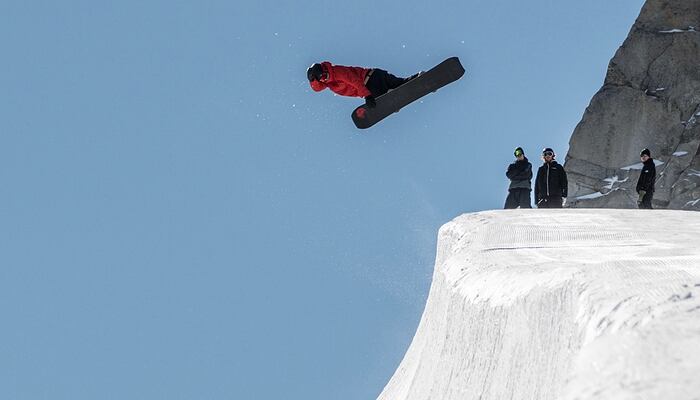 "One Sixty Nine" - A new snowboard film by Maxi Preissinger

Our austrian rider Maxi Preissinger, just released a new snowboard film called "One Sixty Nine". And you definitely should not miss it! Especially if you are a fan of backcountry powder runs and flights, cool park laps and interestingly edited snowboard movies. In the Q&A, Maxi told us, among other things, how he enjoyed the whole filming process, or what the name "One Sixty Nine" actually means. Enjoy! 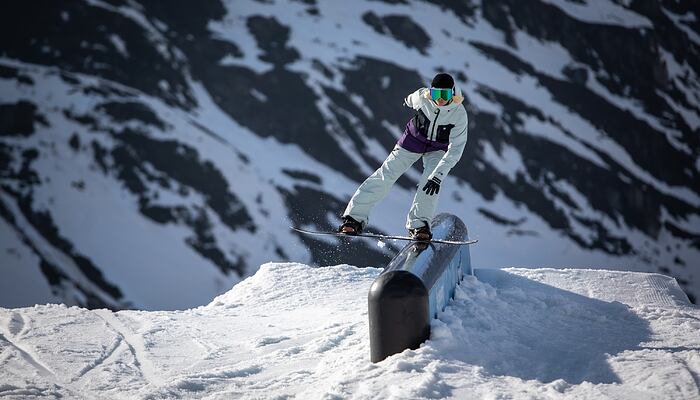 Baša Števulová is one of the most successful Slovak snowboarders ever. At the moment, she is primarily dedicated to her own brand of children's headwear called Diobo, but she never disdains a good snowboarding. Last year, she took part in the Horsefeathers trip to the Austrian Penken, from which the following spot video was created in her current combo, in which she shreds the Austrian as well as Slovakian snow parks. 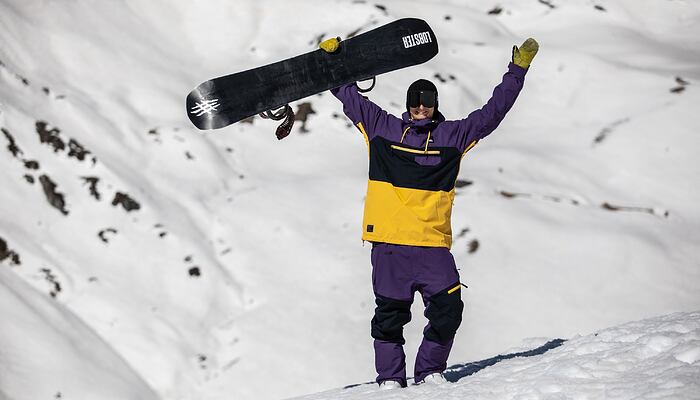 Q&A with Zoltán: I like the color and fit of the Norman jacket

Our Slovak team rider Zoltán Strcuľa feels like a fish in water on the street spots, but he does not disdain a good snow park or fresh powder. He has currently moved his winter location from Innsbruck, Austria to Laax, Switzerland, where he will spend the season in one of the best parks in Europe. And we can't wait for the street and park videos that will come out of it! For now, let's tune in with Zoltán's short spot video and Q&A, in which he will introduce us his newest HF combo. 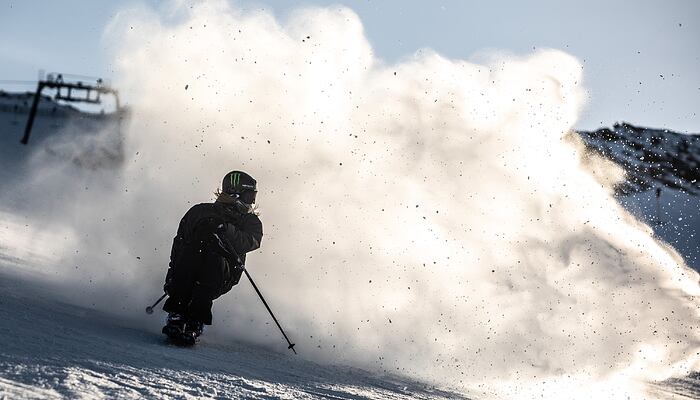 Christmas collection of snb & freeski movies from our riders

Are you tired of watching Christmas movies which you've probably already seen a thousand times? Same here. But don't worry, we won't let you down. We have prepared for you a summary of the latest snowboard and freeski movies and videos from our riders that were released this season. So grab the remaining sweets or other Christmas goodies, sit back and tune in to the snowboarding and freeskiing vibes with us, even during the holidays! 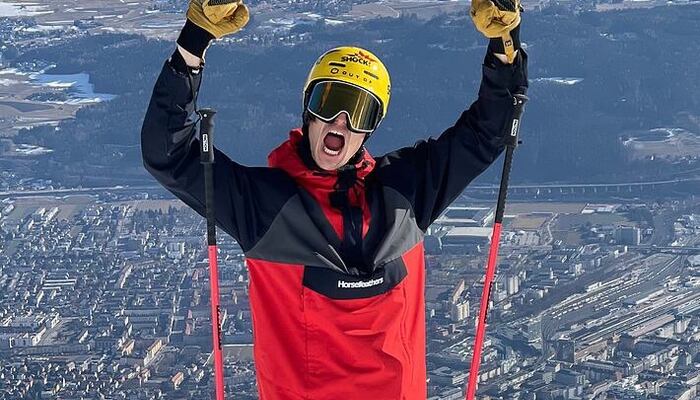 Q&A with Šimon: My this year's choice is Spencer jacket

If you ever meet a tall, super creative freeski rider on the slopes with his pants slightly lowered below his butt, there is a high chance that it will be our Czech freeskier, Šimon "Šimba" Bartík. Together with Tomáš Kroczek, they create the Tupý hrany podcast, and with Dan Hanka, our other HF rider, they released the CzechMate freeski video series. By the way, their latest video called "Working Out" was released just recently, so be sure to not miss it. In a short Q&A, Šimba showed us his outerwear combo of this year and also revealed some of his plans for this season. 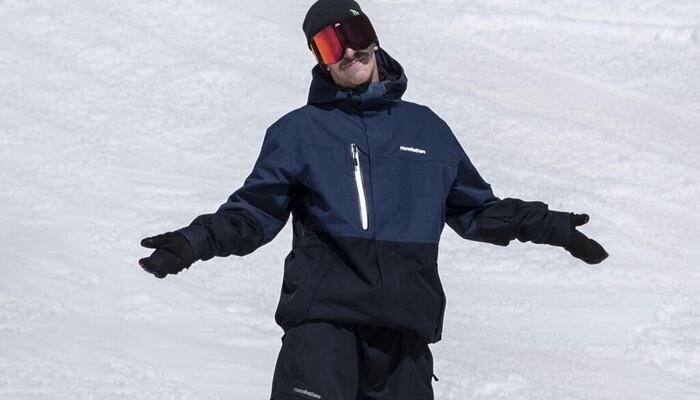 Q&A with Ethan: This year I ride in Ripple jacket

Have you ever seen a DJ on a snowboard in the mountains playing while riding? No? Then you haven't met our HF team rider, Ethan Morgan yet! A super talented German-American rider who is probably at home everywhere. From the backcountry, through the park to the street, as well as behind a mobile DJ desk. In a few days in Innsbruck, Austria, the mecca of European snowboarding, Ethan will start a hell called DIYX STRT JAM 2022! And you definitely shouldn't be missing there! You can not make it to Innsbruck in person? Never mind! We have prepared a live stream from the event for you, so there will be no FOMO (fear of missing out) happening. But before that, check out Ethan's new Horsefeathers spot and get inspired by his winter outerwear selection this year. 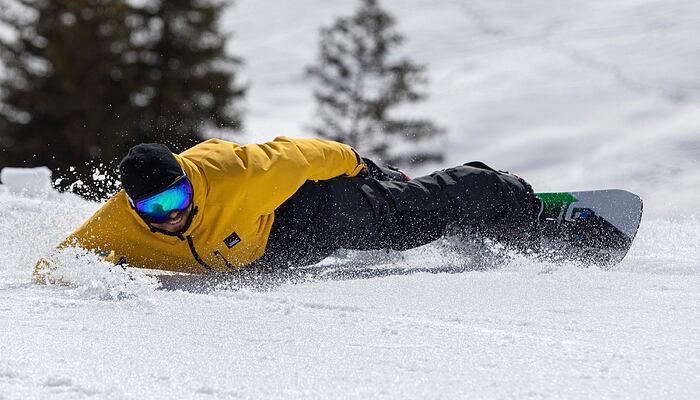 Q&A with Tyler: Crown jacket is a bright colored choice for me!

Tyler Chorlton, a rider from Andorra who has been with us at HF for 7 great years, is known for his legendary elbow carve and the incredible ride flow he brings to every single ride. His snowboarding could easily be called art. The proof of this is the latest video called PARALLEL, in which he and Victor Deviet do some pretty sharp synchronized turns. Tyler chose a distinctive combo for this year, which without a doubt, will only underline his unique riding style. See for yourself in his new Horsefeathers spot.